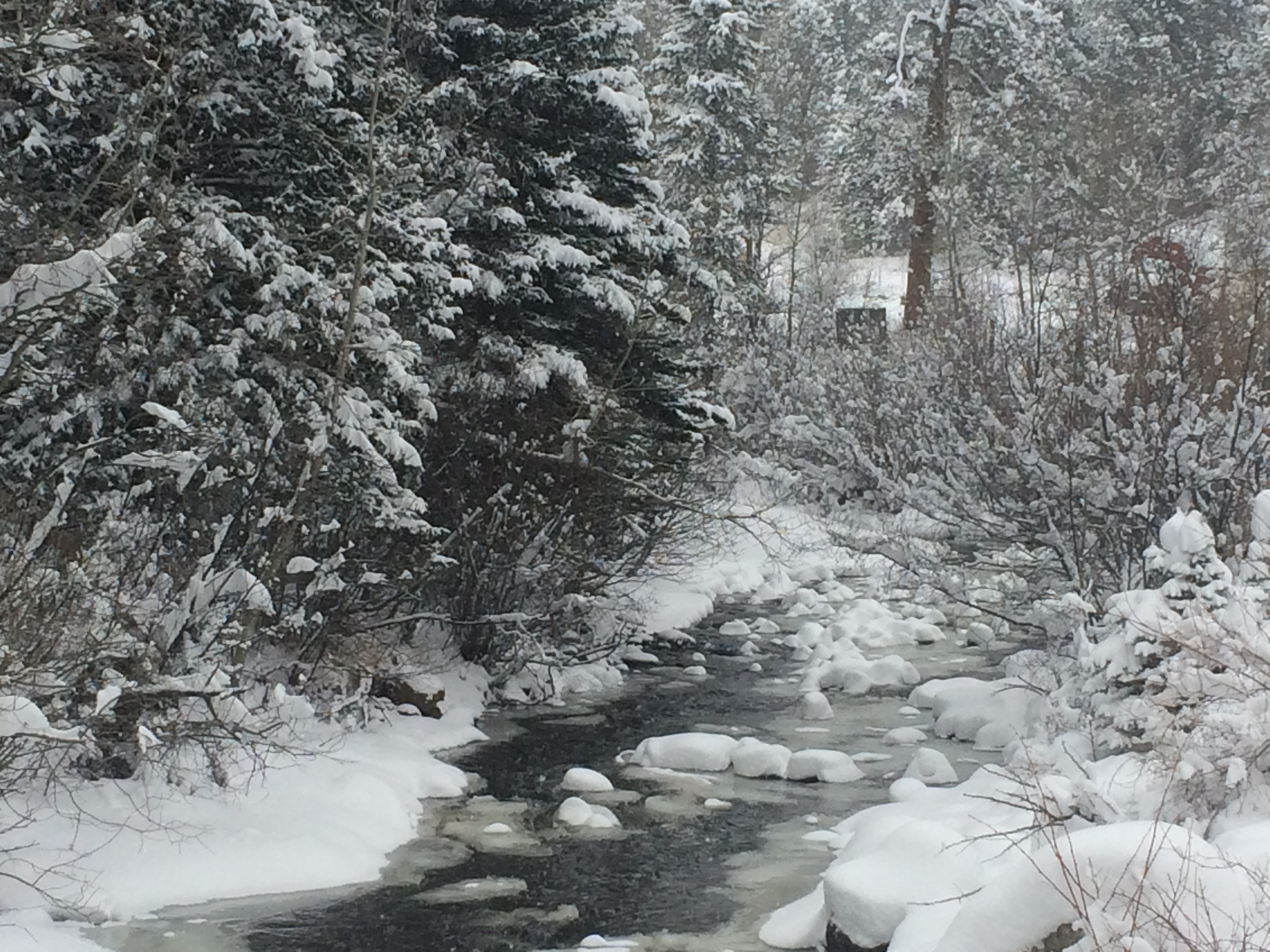 Living in the mountains for many winters, I’ve often thought the air brings signs of snow before the flakes fly.  Sometimes it’s in the form of extreme wind.  Sometimes, there’s a faint smell of moisture, sort of like rain, but more subtle.  Sometimes it’s just the feel of heavier humidity.

But today I heard something that completely threw me.  A listener submitted a question to Public Radio through a segment called Colorado Wonders.  People can write in about mysteries pertaining to life in Colorado that they want to know the answer to.

“Why does the air smell like poo right before it snows?”

Say what?  Is this a real question?  Is this even true?  I’ve never smelled poo before it snows.

Turns out it’s actually true.  Apparently, it’s more a Denver thing than a foothills thing.  Mike Nelson, a local meteorologist with Channel 7, provided the insight to this weird phenomenon.

If you’re well acquainted with Front Range weather, you know that most of the snow that falls in Denver, Boulder and other Front Range cities comes from upslope storms.  Most of our winter storms move west to east, but during upslopes, the winds turn around and come from the east, or the northeast to be specific.

Northeast of Denver lies Weld County, Greeley, and many, many feed lots.  Where there are feed lots, there are cows, and manure.  The winds out of the northeast pick up the smell of manure, or cow poop, and blow it into Denver.  Apparently, this spawned a saying, that “When it smells like Greeley, it’s going to snow.”

The Town of Greeley apparently didn’t take kindly to this, making the point there are no feed lots within city limits.  Now, they like to promote their symphony and other more “cultivated” pursuits over feed lots and the smell of manure.

Upslope storms is something I only became familiar with upon moving to Colorado.  While living in Lake Tahoe, most of our storms moved right off the Pacific, moving west to east, before dropping snow over the Sierra.

However, upon further reflection, I realized a rare upslope storm saved Christmas for the Tahoe ski resorts one year.  While working for the ski resorts, I watched the weather forecasts religiously.  That year, the long term forecast showed nothing but dry, sunny weather.  With limited coverage, I feared my hours would be cut, and it would be a really rough holiday season.

Right at Christmas, out of nowhere, a storm came out of the northeast and dropped two feet of snow.  It felt like a Christmas miracle!  It led to a banner New Year’s week of skiers coming, and me being able to eat and pay the bills.

In one of our early winters here in Nederland (2011-2012), we received a 22-inch snowstorm just a few days before Christmas courtesy of the upslope.  There’s nothing like a fresh blanket of snow to put you in the holiday spirit.

If we’re going to have a white Christmas this year, we’ll need another blessing from the weather Gods for Christmas.  Our recent warm temperatures have melted all our earlier snow.

Bring on the upslope!