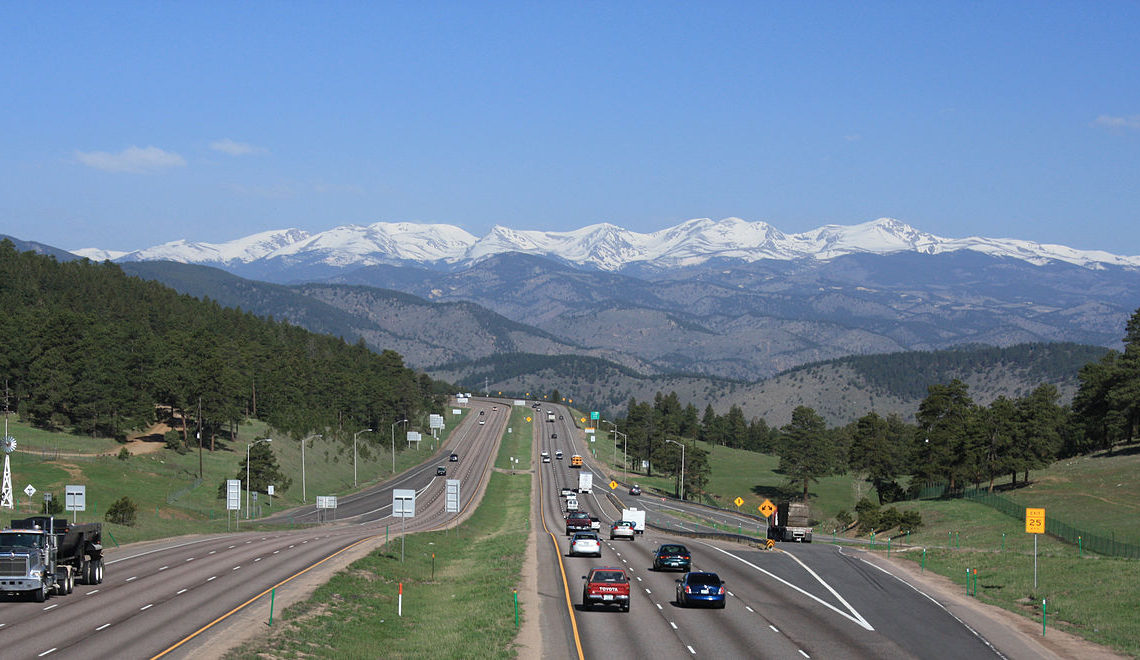 Spend any time in the state of Colorado and you’ll undoubtedly hear this term.

“We’re expecting rain along the Front Range over the weekend.”

“Housing prices increased along the Front Range the past year.”

What’s in a Name

According to Colorado Public Radio, it’s now where you think. And according to my mid western relatives, it’s definitely not where non-Coloradans think.

My husband and I had to make the drive to Missouri recently due to a family medical emergency. We met my brother, who lives in Chicago, at our family home in St. Louis.

Driving back to Colorado, he called me on my cell phone.

“We just crossed the border from Kansas into Colorado.”

It extends from Estes Park to the north, right through my home of Nederland, down through Idaho Springs, reaching the southern end at Canon City.

When you trace this on a map of Colorado, it’s almost halfway across the state. In fact, during our endless drive from Missouri, we had more than three more hours of driving to get through to get to Nederland.

According to CPR, and a recent piece on Colorado Wonders, the name came from early pioneers traveling west. Think of wagon trains and horses. Since they came from the east, it was these intrepid travelers that gave the area its name, Front Range.

After traveling countless days across the flat prairie of Kansas, it was the first mountain range they encountered. The Front Range. And what a might obstacle it became for those early settlers.

Because the Front Range encompasses some of the biggest mountains in the country, including might Longs Peak. Longs Peak is part of the soaring group of peaks in Colorado referred to as Fourteeners, their summits topping out at more than 14,000 feet. It also includes the Indian Peaks Wilderness, with many 13,000-foot peaks as well.

Can you imagine the feeling of confronting this mighty range of mountains with a a few horses and a Conestoga wagon?

I guess that explains why the bulk of Colorado’s population lies along the Front Range. Faced with the thought of scaling the Front Range, most decided instead just to settle along its base. Cities like Fort Collins, Denver, and Colorado Springs sprang up.

One thing has always baffled me about the name. There is no “Back Range” in western Colorado, despite the soaring peaks of the San Juan Range. Instead, those who choose to settle in the much less populated towns of Grand Junction and Montrose, are said to be living on the Western Slope.

But then again, maybe their reward is enjoying a lot more of western experience. Being able to enjoy view of snow capped peaks, lakes, and rushing rivers with a sense of true wilderness, instead of hoards of people.