The May With No Snow 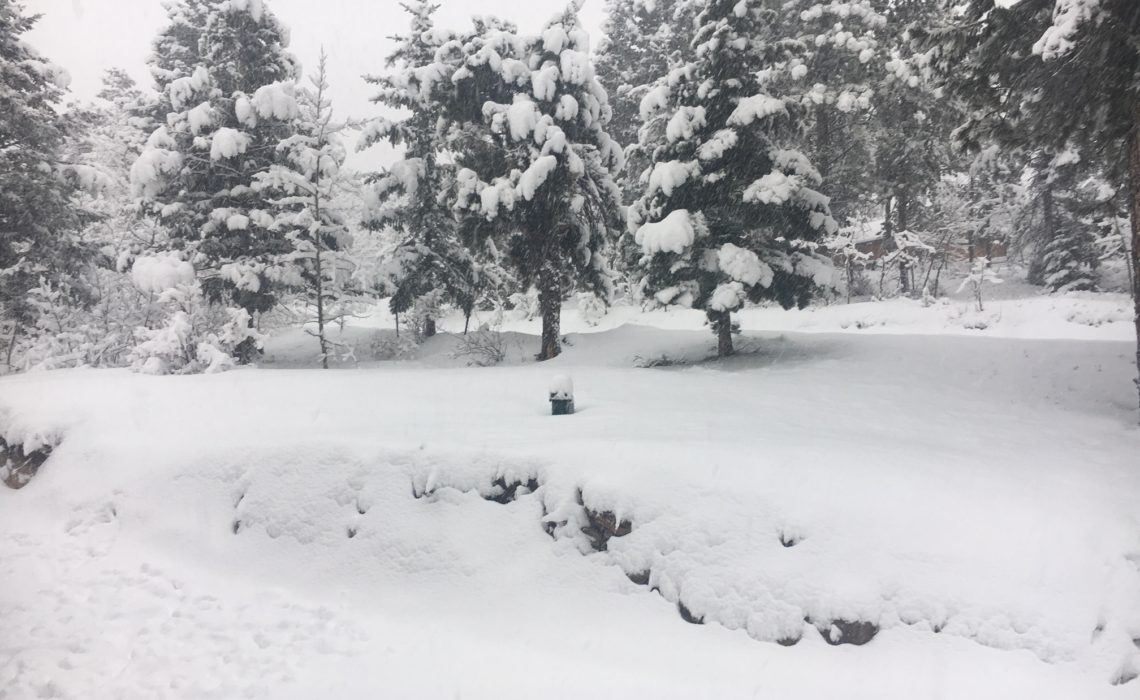 Everything about this month is different.

Of course, we’re spending a lot more time at home now due to the pandemic.

I just got one of those Facebook memories that showed up on my news feed. You know the ones that show last  year, or three years ago.

In fact, reflecting back on the last three years, snow has become the norm in May. The Mother’s Day that brought powder to A-Basin and record skiers.

The 3-foot snowfall three years ago in late May. I had prematurely taken the snow tires off my Subaru, and ended up in a ditch trying to got into town. We spent the day snowshoeing with the dogs through deep snow and saw moose struggling through the drifts as they wandered up the hillside.

But after a 2-foot snowfall in April, where it looked like this might be the year, the snow machine seems to have shut off.

We thought this year might bring record-breaking snowfall for the season. It certainly did for Boulder, breaking 150 inches of snow for the season, almost double its normal snowfall.

At 178 inches of snow, we definitely were above normal, and based on previous years, we thought we had a shot. A shot to break 200 inches of snow.

But it seems it isn’t to be.

There have been other years we thought we had a chance — by the end of February, 2012, things were looking good as well. We though, we’ve got three more months of potential snowfall. That year, it didn’t snow or rain even 0.5 an inch for the entire month of March. The dry spring brought on an early start to a wicked fire season.

My friends from the midwest and east coast have thought it bizarre I would celebrate snow in May. But I know the more snow we get in May, the more it delays the start of fire season.

And this fire season give me reason for pause.

During the Cold Springs Wildfire in 2016, more than 500 firefighters converged on Nederland to fight the 550-acre fire. It was the efforts of those firefighters that helped save my house. During wildfire season in the western U.S., it’s been typical to deploy firefighters from other states to fight large blazes.

This year, due to Covid-19, fires will be fought entirely differently. In striving to keep down the numbers of firefighters in close proximity, crews will be smaller. Fires will be fought by local resources to inhibit the spread of the virus. They will seek to rapidly contain fires so they don’t become large fires.

Which is why even during a gray and rainy day like yesterday, we have a fire ban already in place. We’ll need everyone’s efforts — homeowners, visitors, firefighters, and yes, even Mother Nature — to keep wildfires at bay this summer.