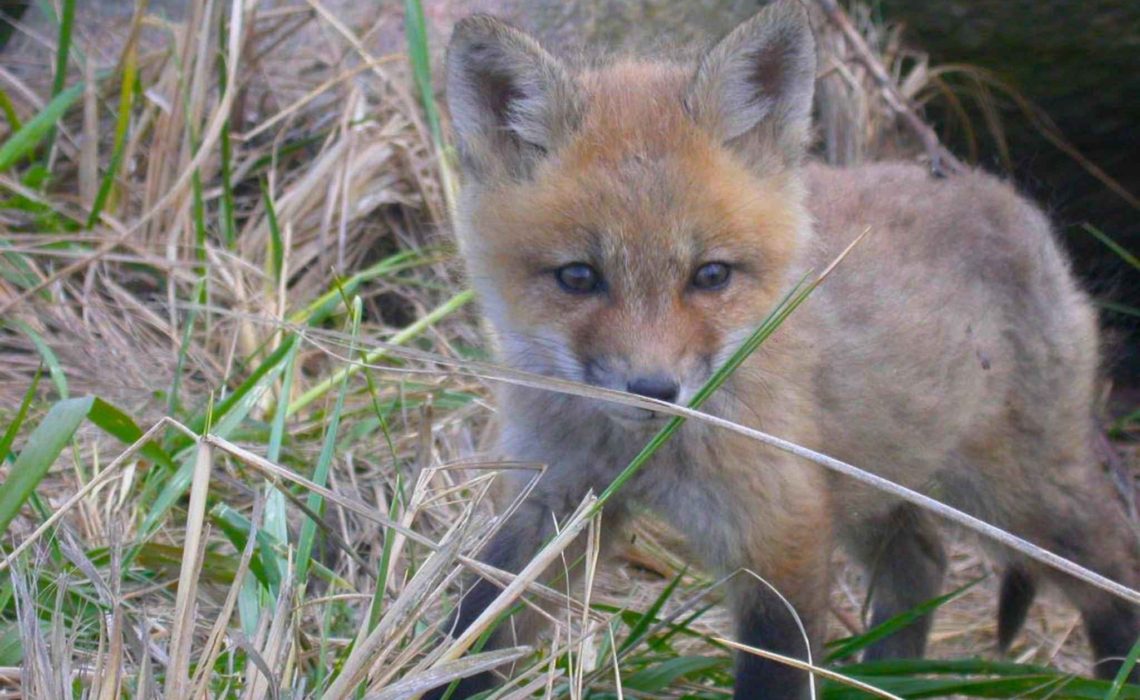 May is the time of year when everything starts to come back alive.

Tight green buds start to unfurl on the aspen trees. Flashes of purple dot the barren earth as the first wildflowers begin to bloom.

And fur babies start to appear.

As I stood out on the deck recently, out of the corner of my eye, I saw something move. A splotch of fur moved between the pine trees. At first I thought it was a dog as I spotted a pointy snout and a long tail. But the red coat and bushiness of the tail gave it away as a red fox.

The foxes have been pretty common around our neighborhood especially this year. In tandem with the population surge of foxes, has been a startling lack of rabbits. Foxes, like their canine brethren, are carnivores and will hunt down most any small mammal.

There’s something appealing about the look of the fox. They are the size of a small dog, weighing about 10-15 pounds and move stealthily through the woods. The reddish coat with the black tipped feet and tail are distinctive and yes, make them seem cute. Truth be told, it’s usually the tail that gives them away — with its bushiness making it seem as large as their bodies.

They are common enough that seeing one doesn’t really make me stop and stare anymore. But this day, behind the fox trailed two tiny gray kit foxes. Which was truly adorable and made me say, “Awwwww.”

She led her two babies down the hill behind our house, stepping silently but quickly towards a rock outcropping. Then she disappeared inside with her two young kits.

My neighbor later shared that they had been denning up by her house off Ridge Road. But a nosy coyote had started to come around the den.

Like any good mother, the mother fox moved her babies to safety, choosing to find a new den. I’m not sure how many babies she has — I’ve seen at least three of the little kits. Four to five seem to be the average, but red fox can have up to 12 kits, so who knows how many are hanging back in the den?

I’ve spotted them since, and boy are they growing fast. They are already starting to grow in their red coats like their mother. Like other siblings, they play. I watched as one grabbed a piece of wood in its teeth. Before too long, its sister comes over curious. They both stand up on their hind legs for a bit of sibling sparring, before running off in separate directions.

The mother will tend over them during the coming summer months. She knows their size makes them vulnerable to other bigger predators who live here. Coyotes, bobcats, and even raptors see a tiny kit fox as a yummy meal. If she does her job well, they will survive, as she teaches them how to hunt and fend for themselves.

By the fall months, the fur babies will be all grown up and leave their mother to start their own lives.

But in the meantime, I will enjoy their juvenile shenanigans and cuteness.