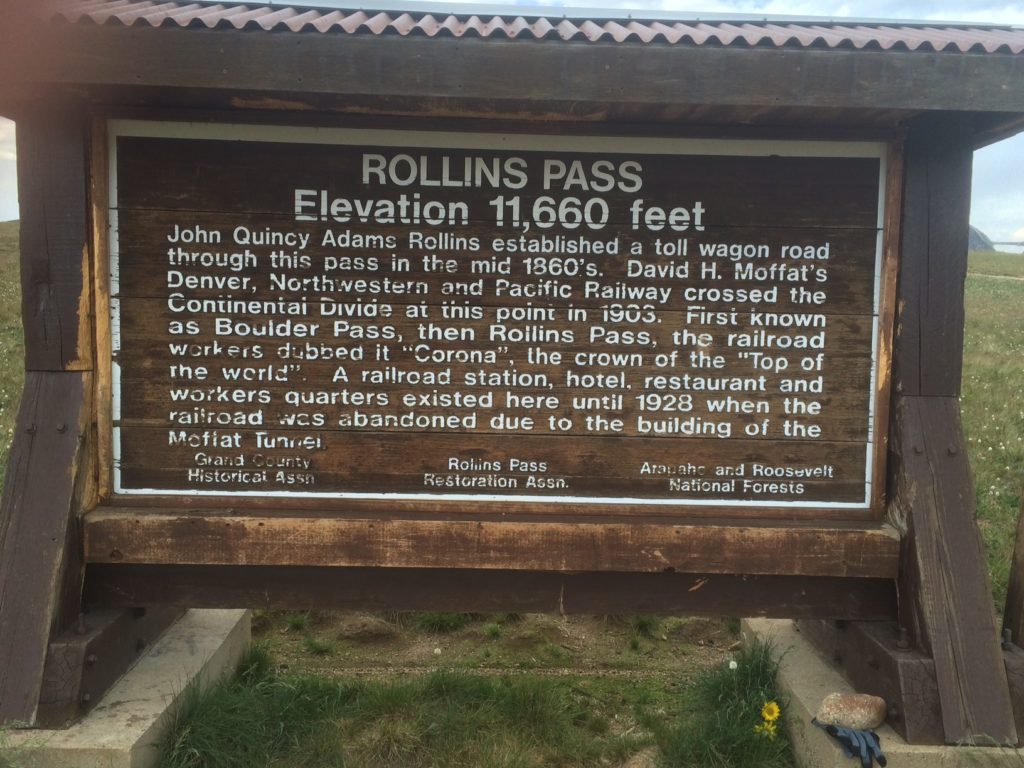 Our little 2-wheel drive Mazda hatchback bounced along the dirt road, climbing ever higher.  At times I was sure we were going to bottom out completely.  As we continued on, the road got narrower and more rutted.  This didn’t seem like such a direct and certain route to Nederland and ultimately Boulder.  In fact, it was getting rougher by the minute.

As we mulled over whether to call it quits and turn around, we spied a bright orange sign — “Road closed five miles ahead”.  Well that was it, there was no way forward.  Back to Winter Park we went, with me pulling out the trusty Colorado state map, trying my best to figure out another “short cut” to Boulder.

Our first introduction to Rollins Pass (also known as Corona Pass) was six years ago this month, when we left our home in Palisade, Colorado to drive to Boulder for a conference that Bryon was presenting at.  Having recently moved to the state, we were rookies when it came to navigating Colorado mountain roads.  And that trip only proved that over and over. 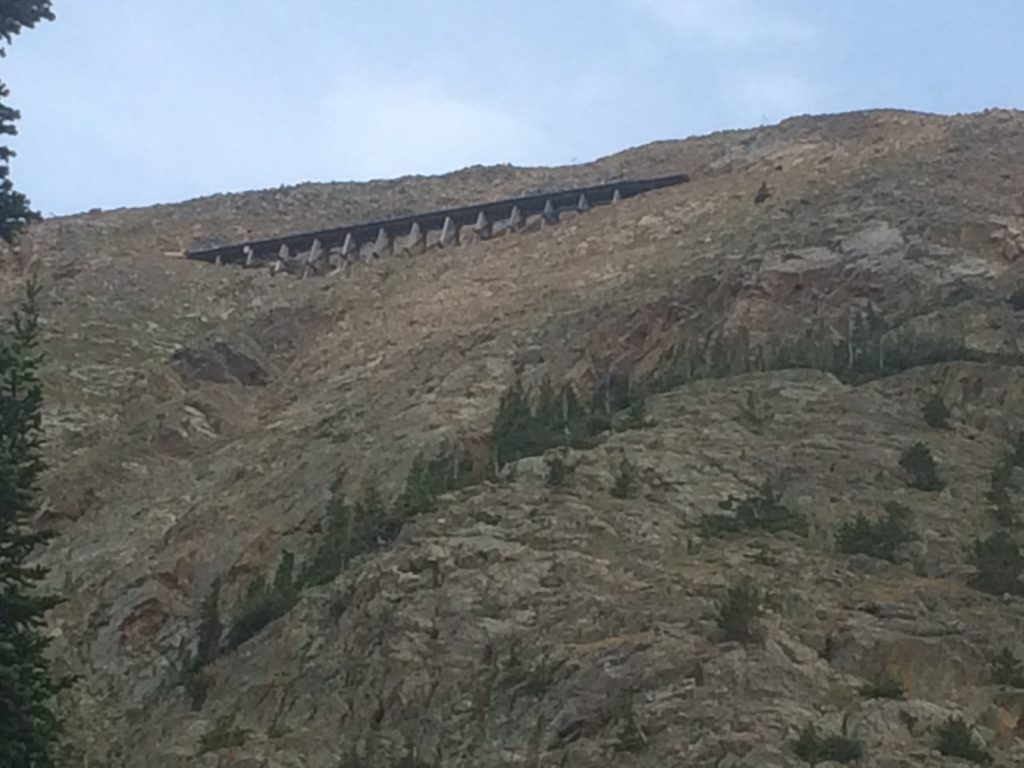 My trusty Colorado map had showed a thin gray line connecting Winter Park to Highway 72 just south of Nederland, a route we had thought we could drive, with a low clearance hatchback to boot.  After our aborted attempt, I did a little research on Rollins Pass.  Turns out it hasn’t been a through road for some 20 years or more, and even then, in the early 1990s, was passable to only a high clearance jeep.  The road was blocked by what was a stone tunnel — “The Eye of the Needle” that had collapsed and never been repaired.

But that trip did lead me to find out a whole lot more about Rollins Pass and Colorado’s unique railroad history.  In 1902, David Moffat sought to build a through railway connecting Denver with the western slope of Colorado via the Denver Northwestern and Pacific Railway.  The railroad was built using thirty-three tunnels to go through the mountains, ultimately climbing over 11,660 feet over Rollins Pass, the highest elevation of any railroad in the country.

When the railroad was constructed, it was intended as a temporary route, meant to only be in service for a few years until a more permanent tunnel could be built boring through the Continental Divide.  Because of this the railroad, building was done cheaply with sharp curves and steep grades to cut costs.

Every winter, the blizzards and winds would usher in massive amounts of snow and huge drifts, often shutting the railroad down for days and weeks at time, sometime stranding trains at the top of the pass.  The attempts to keep the line clear drained funding for the railroad.  As years turned into decades, it seemed an alternative route would never been constructed.

Finally in the 1920s, through some political deal-making, funding became available to finally construct the much needed tunnel through the mountain.  The Moffat Tunnel opened in 1928, and Rollins Pass quickly became a piece of history.  By 1935, the tracks had been torn up, and its stories long forgotten.

However, in the 1950s, Rollins Pass was reopened as a scenic tourist road during summer and fall.  It remained open to vehicle traffic until 1979 when the stone tunnel collapsed closing it.  After construction work, it briefly reopened in 1988, only to permanently close in 1990.

Today, the only way over Rollins Pass is either by mountain biking (and hike-a-biking over the tunnel) or hiking.  You have to earn those spectacular views.  As I gazed upon the trestles during a recent hike, I thought of what a spectacular train ride that must have been a hundred years ago for those lucky few who got to sample Rocky Mountain heaven riding the rails at 11,000 feet.