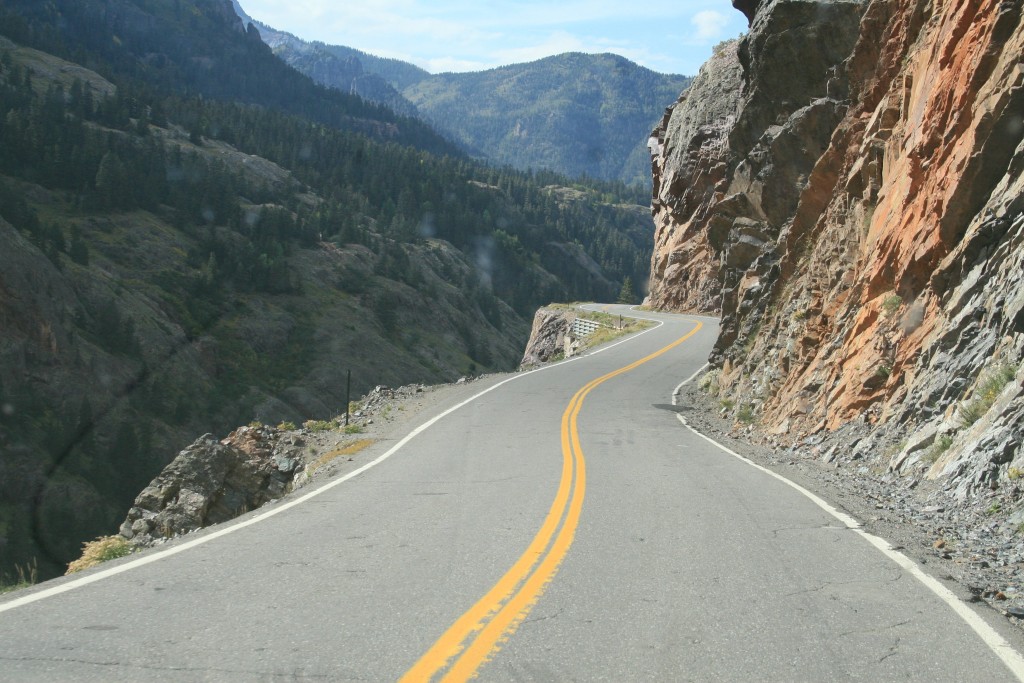 Trail Ridge Road in Rocky Mountain National Park just opened for the season this past weekend.  This week, I reflected on my four seasons of working at the visitor center and a question I got many time from visitors.  Inevitably every day, some intrepid family from Texas or Iowa would approach the information desk and timidly ask, “Is it scary to drive Trail Ridge Road?”

I always found it difficult to answer that question and still do for our out-of-town guests who visit.  Since moving to Colorado seven years ago, my definition of a scary mountain road has changed a bit, or put another way, what scares me about driving roads has changed.  There are so many byways in Colorado that switchback their way up and over steep mountain passes, or even climb high mountains to the very top (Pikes Peak, Mt. Evans), that it is difficult to gauge exactly what defines “scary.”  In terms of ones that got my attention, making my heart beat a little beat faster, and my hands sweat, I would say that Highway 550, otherwise known as The Million Dollar Highway, connecting Ouray to Durango would be tops in my book (see picture above).

Of course what scares me, and what scares a family from the mid west who has never been out west, or driven mountain roads can vary significantly.  For most people, what seems the most frightening is the exposure and steep drop offs alongside our road.  As you might expect, the mind goes to the image of your car taking a tumble off the side of the road in one catastrophic moment,, resulting in death and destruction.  The biggest complaint I got as a ranger is “why don’t they have guard rails alongside the road?”  In the middle of summer, having guard rails seems like a great idea, a sure way to save you from plummeting to your death.  What they don’t understand is that those same roads in winter can received over 20 feet of snow, and when the plows and rotaries (think gargantuan snowblower) clear snow, they have to push it over the side and clear the shoulders.  A guard rail would get mangled in short time during an average Colorado winter. 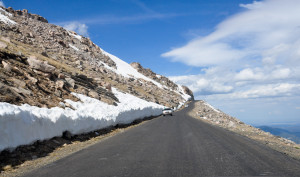 The other question that visitors predictably ask is “how many accidents occur where people go over the side?”  The answer surprises most in that there are very few accidents that occur on our steep mountain roads.  I have a few theories as to why.  Most people are very focused when driving demanding, winding mountain roads – they are usually not engaged in eating, tinkering with the radio or other distracting activities.  Most mountain roads don’t have cell service, so the temptation of talking or texting on your cell phone simply doesn’t exist.  Because they are so aware of the drop offs alongside the road, they tend to drive more slowly and carefully.  One of the more extreme examples I saw of someone who was more than a little anxious was on the road to Mt. Evans, a 14,000-foot peak south of Idaho Springs.  As I was descending the Mt. Evans Road, we approached an area with a steep dropoff, the sedan in front of me actually drove in the opposing lane of traffic to keep as far away from the edge of the road as they possibly could.  I wouldn’t recommend that technique, as it’s more likely to result in an accident than staying in your lane.

After spending years driving mountain roads between living in the Sierra in California and now Colorado, they don’t really scare me much anymore.  What really terrifies me now and makes me break into hives is driving in the middle of a city, especially one I’m unfamiliar with.  The thought of navigating in traffic, trying to figure out one-way streets, all while people honking their horns and jamming on their brakes is what truly feels like the most frightening road of all.