How to Catch a Bat 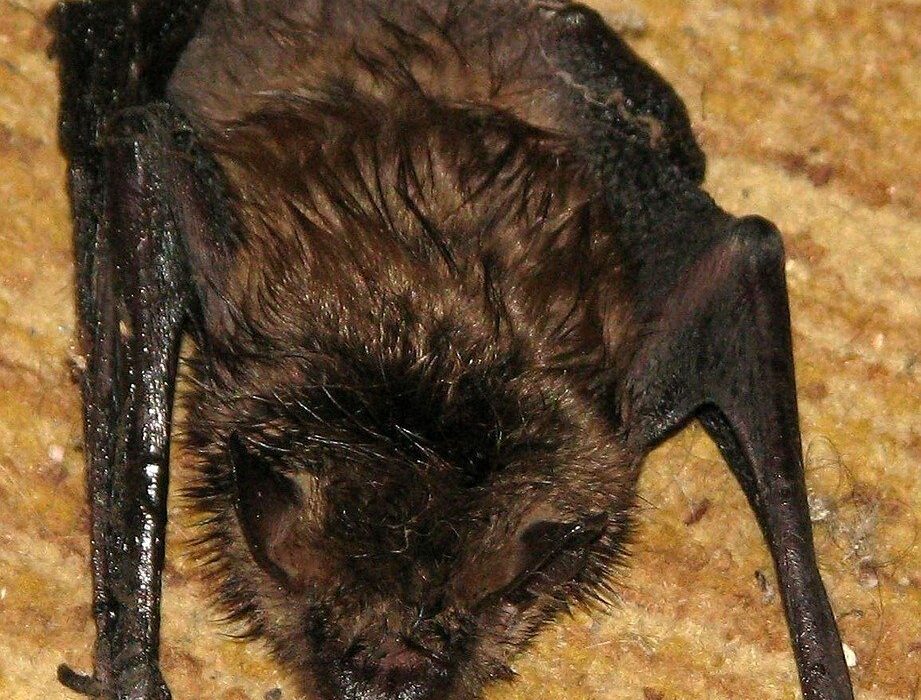 As I read in bed, Bryon came in and got a strange look on his face.

“I don’t want you to freak out, but there’s a bat right over your head.”

I sprang out of bed like I’d been shot out of cannon. Right over our bed, we have several exposed beams that run up the ceiling. Sure enough, a small black bat clung to the beam that just a moment ago had been right above my head.

What to do now? I surely couldn’t sleep in that bed with a bat perched above us?

As we move from the waning days of winter into the spring, this wildlife story from a few years ago popped into my head. Normally during the cold days of winter, bats will migrate down slope and find old barns, caves and other places to hibernate. But we’ve had a run of warmer weather, and like us, they can be fooled.

Fooled into thinking warmer weather means they can migrate back upslope. Unbeknownst to us, we apparently had a lot of gaps in our eaves that were big enough for a little brown bat to squeeze through. I’m guessing this bat was looking for a warmer spot to hang out until summer arrived.

I’m actually pretty familiar with bats, since my Park Service career included a stint at a cave park, Oregon Caves National Monument. We had bats numbering into the hundreds that would hibernate in the cave all throughout the winter. The 42 degree temperature made it the perfect habitat for them to hang out in.

So unlike many people, I wasn’t particularly scared by them. I also knew that many of the myths that surround bats are wholly untrue. They don’t fly in your air, they are not blind, and most don’t have rabies.

Still, in that moment, not expecting it, I felt a rush of adrenaline. And despite my previous experiences, I had no idea how to get a bat out of your house safely.

So what do you do when you want answers? You Google it. The recommendation was to use an old metal can like a coffee can to trap it, slide some cardboard over the top of it and release it out in the wild.

Bryon and I searched and racked our brains. The only thing we could come up with was the metal trash can we had in the study.

“So are you going to trap it?” he asked.

I tip toed slowly toward where it still clung to the beam. I was terrified I would disturb it and it would take off through the house, impossible to corral. My hands shook as I clung the metal can, tip toeing ever closer. I was in position.

In one swift motion, I swung the can over it. Success! Bryon brought the piece of cardboard. The tiny creature was obviously frightened as I could hear its wings beating against the side of the can, frantic to escape. Very carefully, he slid the cardboard between the can and the beam.

He ran with the can off into the woods.

“I don’t think you have to go that far. He’s probably going to fly away as soon as you release him.”

Bryon threw the can out away from his body, trying to avoid the bat. In an instant he was gone, tiny wings flapping into the night.