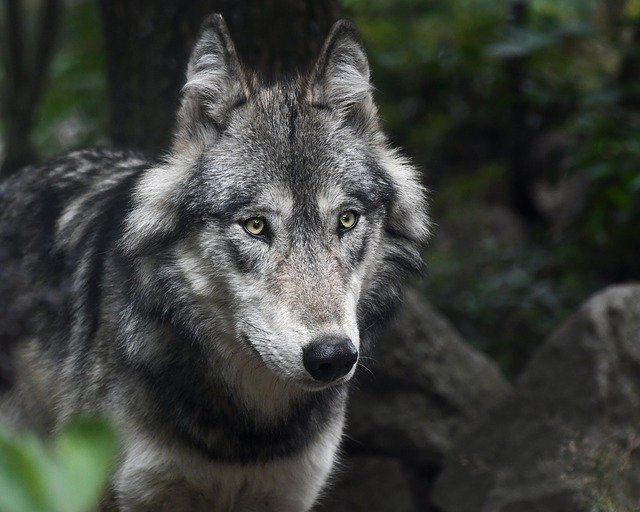 “What is that? There’s something slinking through the brush down there.”

I peered at the valley down below the trail and saw it – gray with a bushy tail. But much bigger than a coyote.

Our first full day in Alaska, we were finishing a hike in the Chugach Mountains near the end of the day. Wolves are known as predators, and this wolf certainly played the part. For such a large animal, he moved quickly and quietly, on the hunt. While I was excited to see him, I also felt relieved that we were a good mile away.

During our 10-day trip to Alaska a year ago, perhaps nothing was as thrilling as getting a glimpse of a wolf in the wild. It’s impressive to think that something that looks like a very large dog has the skills and strength to bring down a 600-pound elk.

I’ve been reflecting on that experience as I ponder one of the more interesting issues on the Colorado ballot this election.

If it passes, Proposition 114 would direct Colorado Parks and Wildlife to put together a plan to reintroduce wolves in 2023. It’s funny, because my friends and family assumed I would automatically vote Yes without a thought because of my experience as a Park Ranger.

But it’s a complicated issue, and one that deserves serious consideration.

It’s a question I got a lot during my four years working at Rocky Mountain National Park. One of the big draw of the park is the herds of Rocky Mountain Elk, especially this time of year. It’s almost guaranteed if you visit Rocky in September, you will definitely see elk. In fact, the harems acquired by male elk during the rut can number up to 100.

But the elk have gotten too good at mating and reproducing to the point that elk are damaging the park. They browse the willows and young aspen, causing a ripple effect that harms other species. Beavers have been on the wane in recent years, because the very trees they use to build lodges are eaten by the elk.

If you’ve been to Rocky in the last 10-15 years, you’ve probably noticed the fences, known as exclosures. They are meant to keep elk out of areas to allow the aspen and willows to flourish again.

Research biologists at the park have known for years that there is an overpopulation of elk. They routinely conduct counts in the winter months, where overpopulation results in culling of the herd during the winter.

All of these issues are the result of the elk not having a known predator (other than mountain lion) to keep their numbers in check.

Thus the question by many a visitor, “Why don’t you bring back wolves?”

The gray wolf is native to Colorado and roamed the wilds in the 19th and early 20th century. But with the influx of settlers via westward expansion, wolves were hunted to extinction by 1940.

But putting it back in is not as easy as a lot of people might think.

In the 80 years since wolves last roamed here, a lot has changed. The amount of people that live in Colorado, especially along the front range has exponentially increased.  A wolf’s range or territory is quite large — from 100 miles up to 1,000 miles. There have even been wolves from the Yellowstone pack that have managed to find their way to Colorado.

So if you reintroduce wolves in Rocky Mountain National Park, you can be sure they won’t be stopping at the park boundary. They will be seen in nearby Estes Park, Grand Lake, and more importantly at ranches in Grand County.

My other uneasiness with this issue is how many urban voters who will weigh in on this issue, who are not fully aware of the challenges. They will make a decision that will not affect their every day lives for ranchers and rural voters who will most definitely be impacted by it. For a wolf, a cow or an elk can seem the same in terms of looking for prey.

Wolves are what make wilderness wild. Don’t get me wrong, it would be incredibly exciting to see one in the wild here in my home state. There could be great benefits to our ecosystem, but also negative affects as well.

If we bring them back to Colorado, it must be done in a thoughtful way that considers all the impacts.