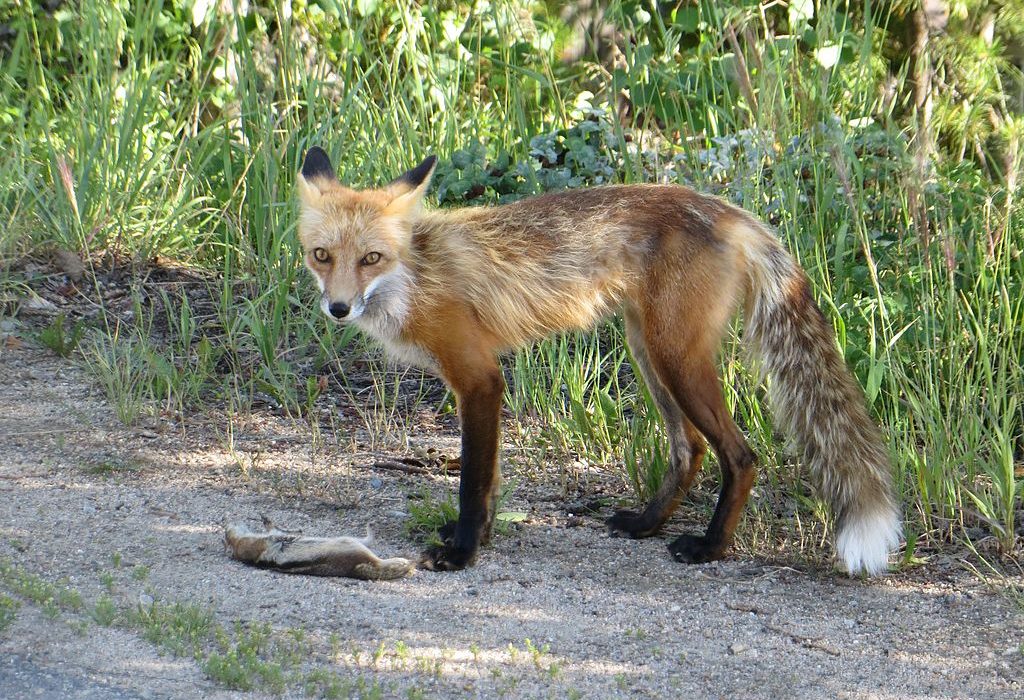 What’s cuter than a baby?

A baby fox that is.

One of the joys of this spring and summer has been seeing foxes and their kits den in our neighborhood. At first, I only got momentary glimpse of the little gray puff balls hiding under the rocks. Their tiny bodies stuck close to their mother. I can only imagine the fear they felt seeing a large dog gallavanting up the road. As the mother stood guard near the road, anxious to protect her babies, we pulled the dogs over to the other side of the road, not wanting to threaten her.

A week later, I couldn’t believe how much they had grown. I spied the young kits wrestling with each other. Like young kittens, they tackled each other and chased each other’s tails. With age came bravery, as they strayed farther and farther from their den.

As we’ve made our evening walks, I’ve looked forward to seeing them, looking long and leggy like teenagers. Their gray coat burnished red, and their tails growing bushier with each passing day.

Soon they will be on their own, I thought.

During the last two weeks, though, the foxes disappeared. Where did they go? As a Park Ranger, I know their territories aren’t that big. Had the youngsters fled to another den?

Checking my email one day last week, one jumped out at me – “Dead Foxes.”

“I just found one of the young ones dead on our property with blood coming out of its ear, with no other punctures.”

My heart broke to think of the frolicking foxes I’d just seen, a life cut short. What could have caused such an untimely death?

One dead fox – maybe just an unlucky accident. Two? Something was going on.

A few days later, a dead owl and five dead chipmunks were found.

After bringing the issue to Colorado Parks and Wildlife, they shed some light on the issue.

The likely culprit – rat poison. Foxes are predators and routinely prey on chipmunks and other small rodents. The poison that kills the rodents is ingested by foxes and owls, leading to their own deaths.

First, I felt sad. Sad at the ignorance of someone who didn’t know better. We’ve had a lot of new people move into our neighborhood the past year, many of them coming from cities on the plains or even out of state. But then I reflected on my own move to the mountains from the suburbs of Washington, DC. I too, was naive to the ways of mountain living and cohabitating with local wildlife.

Moving to the mountains is more than just a move to better summer weather. It’s a cultural difference that requires a change in thinking and behavior by those of us who live here.

We share our homes and habitat with the wildlife who live here. I strongly believe it is our duty and responsibility to live in a way that doesn’t harm said wildlife.

That means using methods to catch mice that don’t involve poisons, like traps.

It means abandoning pesticides when trying to kill weeds around your house. Letting go of having a lawn and a flower garden and instead embracing nature “au naturale.”

Instead of expecting someone to pick up your trash each week, you might need to take it yourself to the transfer station. Trash notoriously attracts both bears and coyotes. As do bird feeders, including hummingbird feeders. Once they’ve been rewarded with human food, it’s difficult to stop them from returning.

Eventually, if they become a nuisance or threat to humans, they will pay the ultimate price with their lives.

As a Park Ranger, I often used the expression, “A Fed Bear is a Dead Bear” to drive the point home with visitors.

I love the mountains, and consider Nederland my home. Part of the lure of living here is glimpsing a moose out my front window, or a fox and her kits under our neighbor’s deck. They too, call Nederland home, and we all need to think about our actions and how it affects their ability to live here.

In short, it means letting go of our suburban or city ways, and embracing a new way of living. If we don’t, we will have lost the most magical part of mountain living – the wonder of wildlife.