A Life Cut Short Much Too Soon 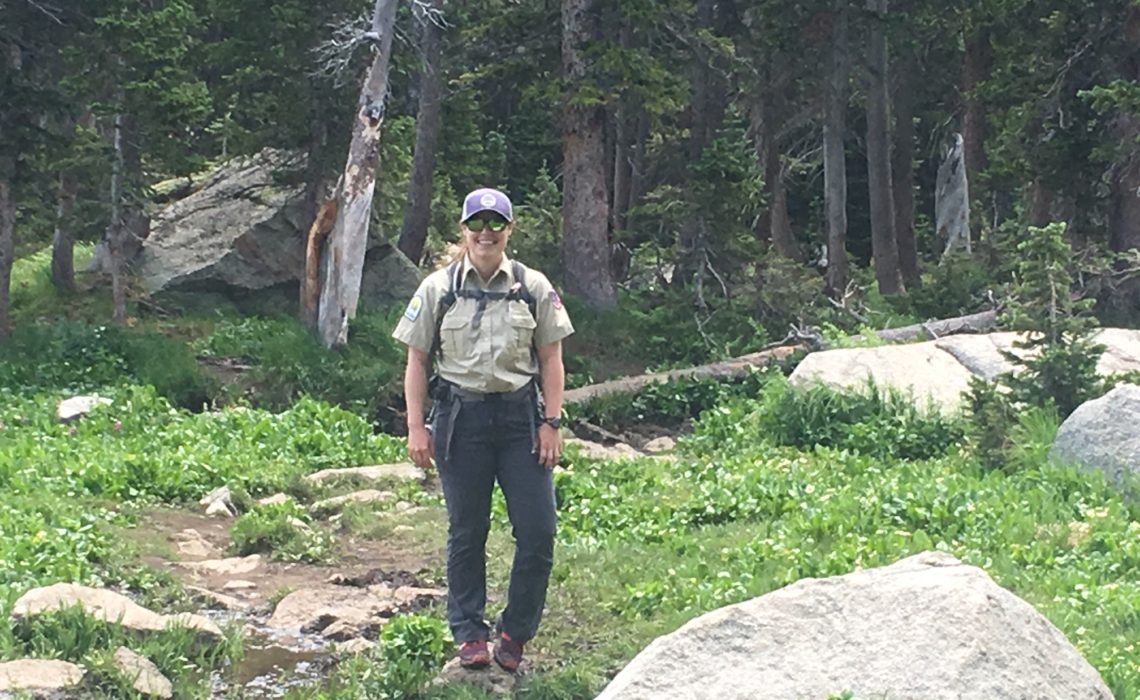 “The skier who died in an avalanche this past weekend has been identified as 29-year old Michelle Lindsay.”

Most days, as I commute to work, I listen to Colorado Public Radio.  Much of the time, it’s background noise, but occasionally something really perks my ears up.

This was one of those times, but for all the wrong reasons.

For the last several summers I’ve been volunteering with the Forest Service doing trail patrol in the Indian Peaks Wilderness.  I do it because I love being outdoors and sharing that love with other recreational users.  Along the way, I’ve met some truly fine like-minded people who volunteer as well.

As the Mentoring Coordinator for the volunteer program, I match up experienced volunteers with new ones.  The idea is to show them the ropes of how the position works and train them about our role with the Forest Service.  In addition to the two volunteers I sign up to mentor, I usually end up with a few mentee “orphans.”  For one reason or another, their mentors dropped out or couldn’t mentor them for other reasons.

I have to confess, I’m not always happy about this, because it’s more demands on my free time.  It can feel like a burden.

Michelle was one of my “orphans” last summer, but was certainly no burden.  Just the opposite.  When I met Michelle to go on our first training hike, I was surprised she got there well ahead of me.  Living in Fort Collins, her driving time was about five times mine.  But that just hinted at the kind of person she was — committed to what she said she would do.

At first, I just wanted to go for a quick hike and go home.  I felt tired getting out of bed that morning and a big hike didn’t seem in the cards.  But Michelle quickly changed my mind.

“Let’s just see how far we get, I think it’s going to be a beautiful day!” she said at the trail head.

“So I hear you worked for the Park Service, I want to hear all about your experiences.  I really would love to be a ranger in the national parks one day.”

That was just the beginning of what would be one of the best hikes of the summer.  Not for the destination, but for the company.  Michelle was a natural at “rangering”.  Her love of the outdoors was infectious, and she greeted visitors with ease and friendliness.  It felt like she’d been doing it all her life.

But in fact, she’d been working as a dental hygienist — she did have a glorious smile — but hoped to break into the ranger career track.  I was surprised she even volunteered that summer, as she had gotten a paid part-time position working as a ranger with Larimer County Parks.  But you could never accuse Michelle of not being dedicated.

Before we knew it, we had reached our destination of Heart Lake.  The time had flown as we had discussed so many mutual experiences.  Through hiking the John Muir Trail, travel to Alaska, skiing.  Sometimes, you just instantly click with someone, and that’s what happened with Michelle.

“Do you want to push through and go up to Rogers Pass?  It’s only another 1/2 mile.” I said.  This from the person who could barely drag their butt out of bed.

“Sure!  I’ve never hiked here before, I want to see everything I can.” she replied.

“Oh my God, I’ve never seen anything this glorious.  Look at the peaks, in all directions!  And the wildflowers!” she exclaimed.

“And there’s the Continental Divide Trail along the ridge.  You could hike all the way to Canada from here.”

“What an amazing place.  I’m so glad we did this today.  I can’t wait to get out patrolling on my own.”

I had no problem signing off on Michelle after her first two training hikes.  She had everything needed to do this volunteer job and more.

Before we finished, she asked me, “Do you think I’m too old to start a career as a ranger?”

“God, girl, you’re only 29 years old!  I didn’t start with the Park Service until I was 32.  You would be terrific as a ranger.  If that’s what you want, just go for it.  You have your whole life ahead of you.”

Little did I know that six months later, she would be dead.  A victim of an avalanche doing what she loved — frolicking outdoors, communing with nature.

A life cut short much too soon.  Rest in my peace, my dear friend.