A Seed is Planted 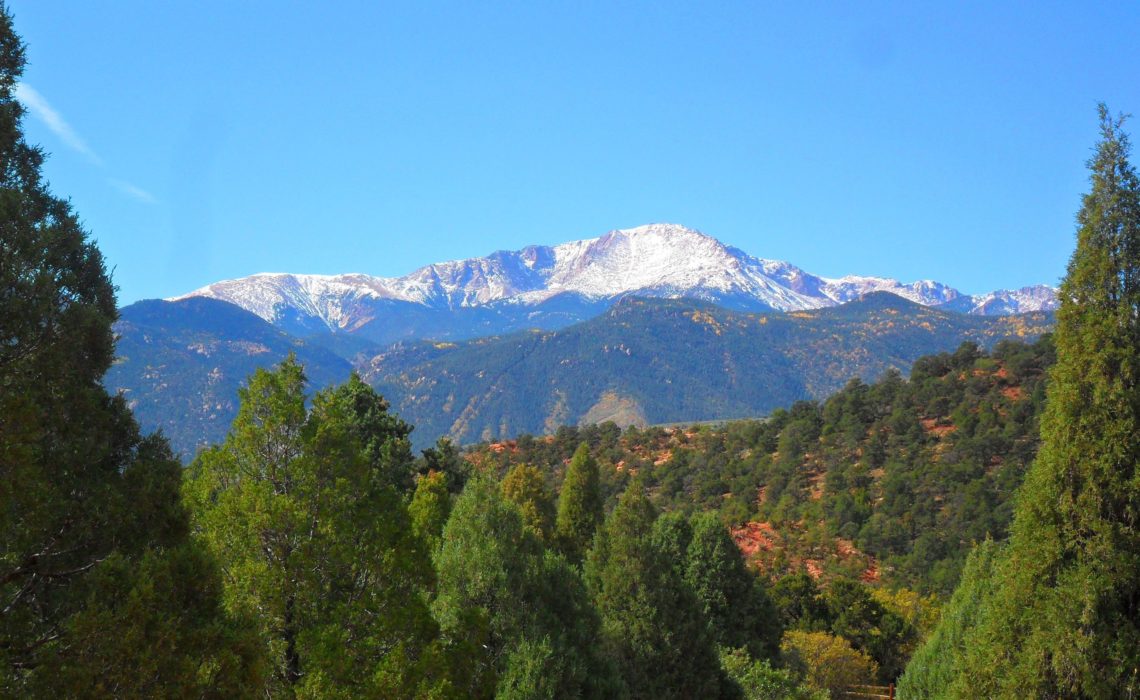 Note:  This is an excerpt from my memoir I am working on.  It explains where my connection from the mountains comes from, dating back to my childhood.

Where does our connection to place come from? If your life’s journey never exposes you to a place, will you know what you are missing? Recently, I reflected on these thoughts and what led me to the Colorado Rocky Mountains, living in what my husband sarcastically refers to the “fire pit,” when just three years earlier we’d been living the quiet life in suburban Maryland, outside of Washington, D.C. There was no pivotal moment that spurred me to action, but rather a sequence of events that began as a little girl growing up in the midwest.

I first fell in love with high mountain peaks as a kid, while growing up in St. Louis, Missouri. Summers were hot and humid, and I spent most of my time avoiding the oppressive heat. We would go from our air-conditioned house, to our air-conditioned car to air-conditioned buildings like museums or move theaters to take refuge from the heat. Every now and then, a clan of kids in our neighborhood would gamely go outside to play soccer, or baseball. But the minute I went out the door, the sweat started to drip off of me, and the mugginess hung onto me like a wet blanket, sapping all my energy.

Fortunately for me, my parents liked to take road trips during the summer months. Like many families, we had a station wagon we would load with stuff in the back. My brother and I would take over the back seat while we headed west on Interstate 70 to Colorado. With no iPads or cell phones, we amused ourselves in more simplistic ways. The alphabet game entertained us as the miles ticked by on the highway.

“I got an R for Restaurant.”

Traveling west through Kansas, the landscape became distinctly different from our home state of Missouri. Green rolling hills were replaced with wide open prairie, brown grasses blowing in the winds, and towns became more sparse as the miles passed. By the time we hit Salina, even the mugginess had vanished, replaced by a dry heat. As we stopped for gas, my brother squeegeed the windshield, the water vanishing before he could wipe it off.

We made frequent trips to Colorado during my childhood, so much so, that a game developed among us, of who could spot the Rocky Mountains first. As we approached Limon, Colorado, a town on the eastern plains of Colorado, we would peer into the distance to see if we could make out the faint shapes of those far-off craggy peaks.

“Where? I don’t see anything. You’re just making it up.”

“No, right there, don’t you see the faint outline of the peak?”

My grandmother chimed in. “There it is – the old Dibble.”

I later found out that my childlike brain had misinterpreted her words.  In actuality, she said “The Old Devil.”  The rugged peaks of the Rockies seemed forbidding and evil to her.

Pikes Peak was the first peak that would appear, hazy in its outline among the clouds. On a clear day, it’s 14,000-foot summit would appear off in the distance, rising above the plains that surrounded us. My grandmother became particularly enamored with Pikes Peak. For some reason, she called it the “Old Dibble” with fondness each time she would speak of it. However, her opinion changed upon driving the road up Pikes Peak — apparently, driving a twisting, mountain roads was another matter.

My grandmother lived in Pennsylvania for most of her life. When we planned our trip to Colorado, and Mom tried to warn her about the mountain roads, she proudly proclaimed, “Oh, I know all about mountain roads, Bob and I used to drive to the Poconos all the time!” While the Poconos are much older than the Rocky Mountains of Colorado, they are also much lower, having been worn down through millions of years of geologic time. The highest mountain in the Poconos is Camelback Mountain, topping out at 2,133 feet.

Growing up in the east, my grandmother could not wrap her mind around the ruggedness of the big mountains of the west until she actually experienced it. I felt the same way coming from the rolling hills of Missouri, but hearing about the Rockies and their ruggedness became part of the allure for me. Getting ready for our first sojourn to Colorado felt like a huge adventure. That mantra of “Go west, young man, go west!” seemed to harken me as much as the early settlers on the Oregon Trail. The call of the west, its beauty, its mystery has lured hundreds of thousands of people for almost two hundred years now. And so many had no idea what they were getting into. The degrees of separation separating the adventurous spirit of the Donner Party was not so different from our simple midwestern family of the 1980s.

Our first up close encounter with attempting to scale these mountains was that mountain we spotted off in the hazy distance — Pikes Peak, just outside Colorado Springs. Being flatlanders, we did what many tourists do, choosing to drive to the top. Mostly dirt, the road twisted and turned, going up countless switchbacks. My grandmother, brother and I sat in the back seat, swaying back and forth, taking in the views as we scrambled to look out the windows.

To this day, I don’t know if the road caused our swaying or my father’s driving. Always a rather aggressive driver, he seemed to enjoy putting the “pedal to the metal”. Every time he would pull over in a turnout, he would slam on the brakes at the last minute, leaving a cloud of dust. Each time he did this, my grandmother shrieked “Ohhh, Alan!” each shriek getting louder, the higher we got on the mountain. At one point, she crouched on the floor of the backseat in fear, paralyzed in her fear, unable to even look out the window. Her experience of driving the Poconos now seemed a distant memory.

Despite all the drama, we eventually made it to the top. As a 7-year old girl, it felt like taking a trip to the moon. The landscape seemed barren, devoid of life – not a green plant or blade of grass anywhere to be seen. Just lots of rocks – large boulders, smaller rocks, crushed rock reddish in color, and far-off rocky summits in the distance. Dad snapped a picture near the Pikes Peak sign to signify our achievement – smiling faces and hair whipping around from the incessant winds, punctuated by the timid and weary smile of my grandmother.

Those early adventures in Colorado planted a seed inside me. Huffing and puffing along trails high up in the tundra, I often felt on top of the world. Their size and ruggedness awed me, making my own life seem small and trivial. Yet, I felt drawn to them, wanting to discover new trails, new peaks, and new adventures. A sense of sadness enveloped me as we packed our things and headed eastward back to Missouri. I longed to spend more time in this wilderness that seemed such a stark contrast to life back home.

My wanderlust for exploring the Rocky Mountains stayed with me for years to come even as I attended college back east in Virginia. Though it remained dormant, I never forgot the feeling alpine wanderlust. Then one crazy weekend, my friend, Carrie and I set out to explore very different mountains back east, an experience that would alter my life’s path years later.