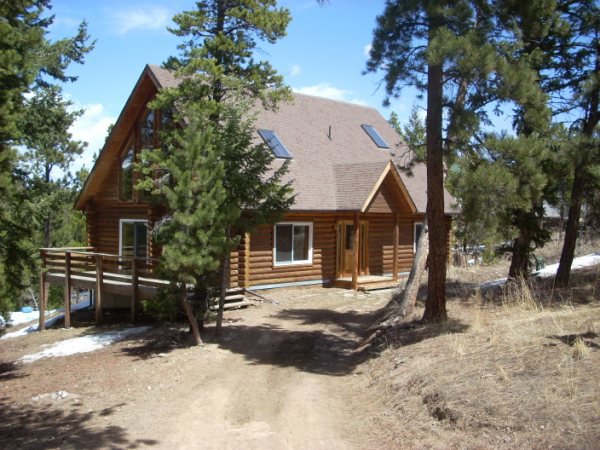 Note:  This post refers to the Cold Springs Wildfire which occurred three years ago in July of 2016.

“The best news ever.”

I read the email one more time to make sure I read the words correctly.

“The fire is contained enough, that we can go back to our homes and stay.  The power won’t be on, but still this is the best possible news.”

Relief washed over me.  We could finally go home.

We’d spent the last five days staying with our friends in Morrison, Colorado.  The six of us had been squeezed into the guest bedroom.  Dora had been so traumatized by the whole experience, she hid under the bed pretty much the entire time.

Cats don’t do well with being relocated on a moment’s notice.  Dogs on the other hand — they just want to be with you wherever you are.  Simon and Shawnee had willingly hopped in the car the moment I opened our front door.

The memories of what happened just five days earlier were etched in my mind.  It felt like a lifetime ago when we had shown up in the dark on our friend’s porch.

It’s hard to explain how it feels to be evacuated for a wildfire.  On the one hand, I felt such a gratitude for how friends and even acquaintances had reached out to us.  One guy I met skiing at Winter Park one day had friended me on Facebook two years ago.  I’d never spoken to him since.

Yet, when the fire broke out, he messaged me.  “Leslie, we have a large house in Evergreen and would be happy to take in you and your husband.”  His generosity brought me to tears.

We stayed with our friends in Morrison mainly because we knew we felt comfortable with them and they were also huge animal lovers.  It’s hard to expect people to not just take you, but two cats and two dogs.  Having pets themselves, as well as a large fenced yard, we knew they would be understanding of our animal menagerie.

The worst part was the not knowing.  Would we have a house to come home to or would it just be a pile of ash?  How long would be we have to depend on the generosity of our friends.  It felt weird not being able to tell them when we would be leaving.

“Do you think maybe after four days, we should just go to a hotel?  They’ve been so great to us, but I hate infringing on their privacy and don’t want to take advantage of them.”

“Let’s give it one more day.  It feels like they are getting a handle on the fire — maybe we’ll hear something tomorrow about when we can go home.”

My neighbor, Annie, helped me through my discomfort.  As a firefighter, her husband, Jamie, was working on the fire.  Each night, I would receive a text from her.

“Leslie, Jamie says our homes are still ok.”  I would breathe a sigh of relief and say a small “thank you”.

Then, the BEST NEWS EVER.  We packed up our things, and put all the animals into our cars.  Making the hour-long drive, we finally pulled into our driveway.

Tears flowed down my face, as I gasped and sobbed — great heaving sobs, where I could barely catch my breath.

Our little log home, our mountain home was still here.

Recreation
A Very Special Birthday
Wildlife
A Mouse…Not in the House?
Uncategorized
Land of Peaches and Corn