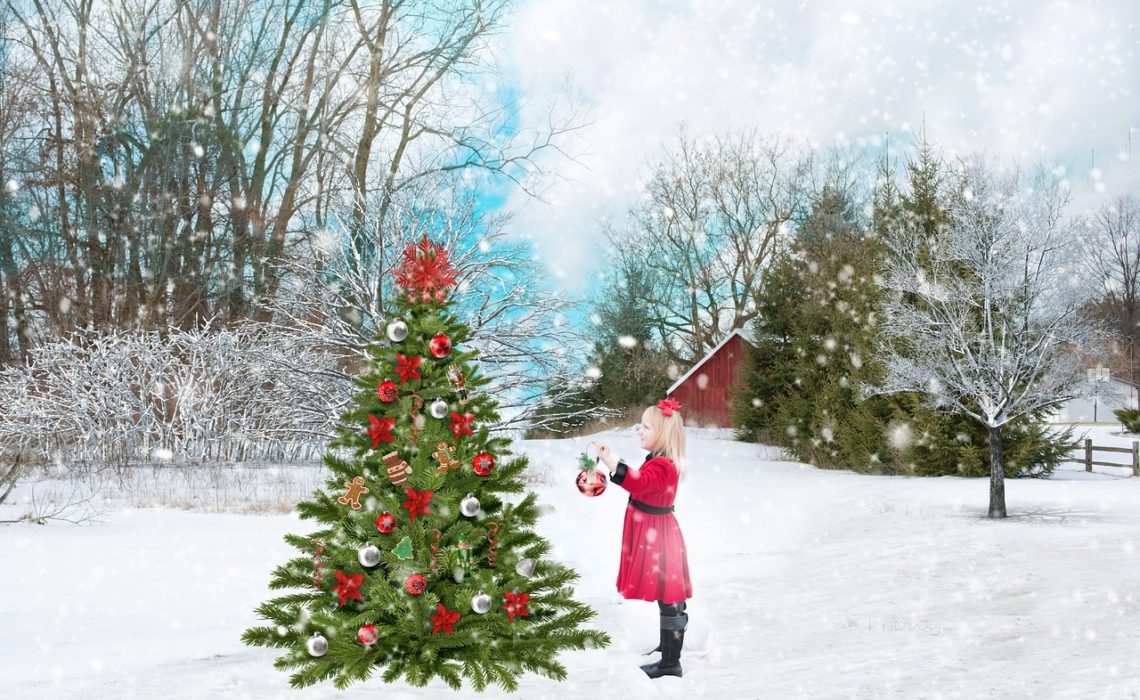 Will we or won’t we?

It’s everyone’s winter fantasy come true.  You wake up on Christmas morning, throw back the curtains, and there it is.  A winter wonderland straight out of Currier and Ives.  Trees with branches bowed with snow.  The world hushed with the weight of fluffy flakes of frozen water.  Heck, there’s even a famous Christmas carol extolling the beauty of this snowy holiday.

Growing up in St. Louis, this scene was rare.  Though many a Budweiser commercial played with Clydesdales romping through snow, my Christmas dream rarely came true.

But living in the Colorado Rocky Mountains at 8,200 feet has yielded much more success producing that winter fantasy of a white Christmas.  In nine years, we’ve had a white Christmas eight times.  In fact, our only non-white Christmas was the very first one we spent here in 2010.  Instead we got balmy temperatures more reminiscent of spring.

Our white Christmases have come in a variety of ways.  What defines a white Christmas?  In my mind, at least one inch of snow needs to be completely covering the ground.  A few patches of old snow mixed with bare patches of brown grass don’t qualify.

Some of our Christmases didn’t involve waking up to find white fluffy flake falling from the sky.  Snow fell earlier in the month, and the weather stayed cold enough to keep the snow on the ground through Christmas.  Not quite as romantic, but nevertheless, a white Christmas.

Other times, the weather leading up to December 25 felt more balmy, than wintry.  But just in the nick of time, the snow Gods smiled upon us, and a cold front coupled with upslope moisture brought us snow.  We’ve even had some of the biggest snowstorms of the season just in time for Christmas.

In 2011, almost two feet of snow fell at our home in Nederland over Dec. 21-22.  The trees bowed from the weight of the snow.  We donned our snowshoes at our front porch, and took the dogs for a Christmas snowshoe walk.  It was easily one of the most beautiful Christmas days I’ve experienced.

Another Christmas, we just barely eked out the “white” part later in the day.  Having gone skiing at Winter Park, the flakes started to fly late in the afternoon.  As the sun set, our Christmas night drive turned more and more treacherous.  By the time we hit the Peak to Peak Highway, I could barely see 5-10 feet in the front of the car.  But we got our white Christmas.

So you might be wondering, what are the chances of a white Christmas this year?  Well, right now, it’s looking pretty uncertain.  Most of our snow earlier this month is gone.  But the National Weather Service is forecasting a 40% chance of snow for tomorrow, Christmas eve.  That may not sound altogether promising, but I’ve seen plenty of snow storms that looked iffy 24 hours out, produce copious amounts of snow.