Climate Change and the Mountains 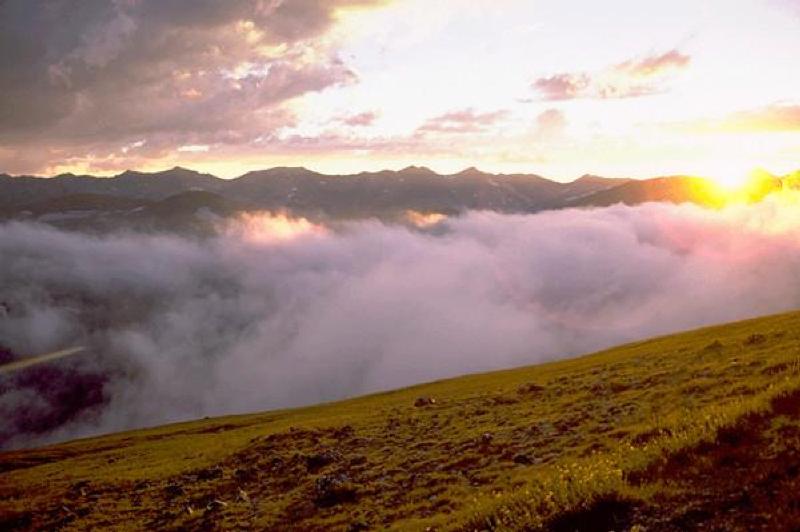 Imagine the year 2060.  Nederland hits 90 degrees for the seventh day in a row during this August day.  I  turn on the room air conditioner in the bedroom — the only way I can possibly find a way to sleep during this heat wave.

I pick up the Excel energy bill — another $300 for all that power.  Because not enough research and funding was put into developing renewable energy, the price for using all this energy has skyrocketed.  Deciding to get out of the house, I head to Brainard Lake.

I make my way up towards Pawnee Pass, I see an occasional rabbit, some coyotes, and even a moose.  Trees have crept up toward the Divide, obscuring the view.  During my hike, I experience eery silence.  There are no chirps or whistles — the marmots and pikas are gone, eliminated by the lack of habitat.

I stared down upon the plains and nearby Boulder.  Charred landscape and burnt trees meet my eye at every turn — a product of the wildfires that seem to occur so regularly now.  I’ve perfected the art of evacuation, making it in and out of the house in less than ten minutes.  The frequency of this act has led me to perfecting my escape from smoke and flames.

Many years ago, I used to look forward to winter coming and the beginning of ski season.  But these days, the ski season doesn’t start until January, a function of our extended hot weather that bleeds right through to Thanksgiving.  The higher temperatures means a lack of snow making and a lack of natural snow.  Ski season is over before I know it, as March and April melt the snows and bring fire season back.

I drive into the city of Nederland, which seems to have become an extension of Boulder.  With high rise apartments, the city has exploded, a function of the Las Vegas like heat in Boulder.  No one can stand living on the plains anymore and it has led to an exodus of people moving to the mountains.  I can scarcely remember what our small hamlet looked like some 40 years ago.

This may seem all doom and gloom, but the truth is it is our new reality.  On Colorado Public Radio, a segment this week discussed the very real challenges of the impact of climate change in Colorado.  These impacts are coming whether we like it or not, and it will have an enormous influence on the mountain towns of Colorado.  As temperatures continue to rise around the state, it will lead to changes to our population, our way of living, our recreation and our energy use.

Our state is already experiencing unprecedented population increases.  As climate change marches on, more and more people will seek higher elevations and head higher into the mountains.  As residents of mountain homes are forced to turn to air conditioning, energy use will be pushed to its limits.  Depending on fossil fuels will pollute the environment and simply exacerbate the problems.  But without proper planning for other renewable resources, brown outs could become common.

We can do something now about this.  For those of us who so love living in the mountains, now is the time to act.  Demand more, set the example, start a conversation.