What is a blizzard? 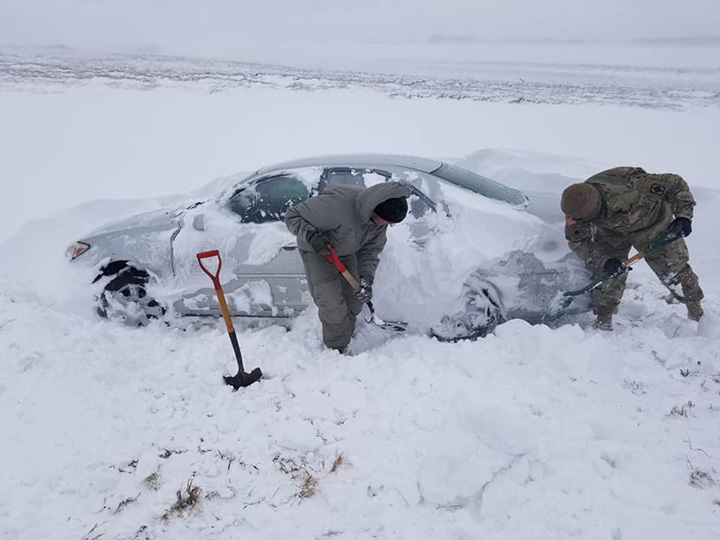 Being ever the planner, I checked the weather forecast on Saturday night.

After visiting my family for Thanksgiving, it was time to head back to Colorado.  Not being a big fan of epic drives, we had planned to leave mid-afternoon Sunday to get four or five hours of driving in before stopping for the night.  That would leave a relatively easy drive on Monday to get back to Nederland.

The truth is that most of these blizzards really aren’t blizzards at all, but just a good old-fashioned snow storm.  An actual blizzard rarely occurs east of the Mississippi, and that’s because of the criteria that defines a blizzard.

The National Weather Service says these three things have to occur:

You can see how this is a pretty rare event.  In fact, in the ten years I’ve lived in Nederland, we’ve never had a blizzard — large amounts of snow — yes.  We’ve had winds blowing too, but the combination of all of  that for over three hours — no.

I’ve driven in a blizzard once, and not for long.  Once in the Sierra, I got caught in a blizzard.  I almost drove off the road.  I could barely see past the hood of my car.  My friend who was with me had to direct me how to stay on the road by watching the trees alongside the road.  I clutched the steering wheel so hard, I could feel the tension in my shoulders.  We only drove five miles from a restaurant to our house, and it took an hour.  I was shaking by the time we got home.

Seeing those blizzard warnings yesterday, I did not want to repeat the experience.  I knew, we would be lucky to make it two hours before stopping, and that would be if we were lucky.  If we were less fortunate, we’d probably end up sliding off the road into the median, something else I’d already experienced during another snowstorm.

It’s easy to understand why Kansas gets blizzards.  Driving through western Kansas brings mile upon mile of prairie with nary a tree in sight.  There is nothing to break the wind, and keeping it from whipping all of that snow up into a tornado of sugar flying everywhere.  Driving along Interstate 70, you see lots of fencing on the north side of the highway.  Sculptured waves of drifted snow rising 4-5 feet high lined the fencing this morning for miles and miles.

If you’ve driven through Kansas or eastern Colorado, you’ve probably noticed gates at every entrance map for the towns along the way.  Highway patrol closes these gates to close a section of highway and keep visitors from getting stranded on the highway during blizzard conditions.

Knowing the perils that blizzards bring, we chose not to deal with at all, taking an alternative route.  Though our drive lasted a few hours longer, we avoided the chaos and stress of dealing with this weather phenomenon.  Fortunately, the storm moved quickly and today brought sunny skies, clear pavement and a few stranded cars.