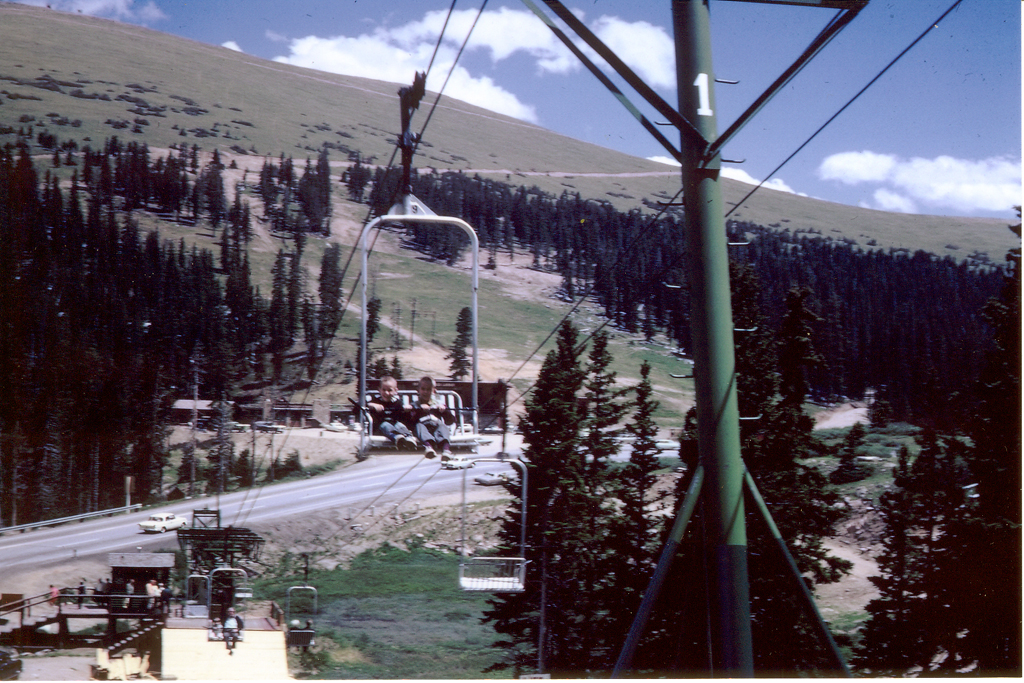 During the peak of Colorado’s ski area operation, there were up to 200 different ski areas in operation.  Today, there are about 30.

Why did some survive and others shut down?  What happens to a ski area when the lifts stop turning?

A new documentary called “Abandoned” examines these questions by looking specifically at three different ski areas who ceased operations years ago – Geneva Basin, Cuchara, and Berthoud Pass.   Though only a few remnants of lift towers or shacks remain, these areas are not completely forgotten.  In many instances, they still remain favored places for backcountry skiers to get in their powder fix.

If you’ve never worked in the ski resort industry, you might wonder how it’s possible all these ski areas went the way of the dinosaur.  After all, doesn’t Colorado make millions of dollars off of skiing?  Don’t the existing areas have lift lines galore during the middle of winter?  Don’t many ski areas run out of parking each weekend?

Having worked for ski resorts off and on for more than 20 years, I have a little bit of insight.  Operating a ski resort is not the sure route to fame and fortune.  The margins are small — even in the best of years, they might only reach 6-7% profit.  Throw in a year like last year where snowfall totals were a fraction of normal, and very quickly things turn south.

Building high-speed lifts costs millions of dollars.  Winter Park spent 10 million dollars this off-season to put in a fancy 10-person high speed gondola. And the lifts cost thousands of dollars to run.  It’s great on a weekend when thousands of skiers pack the slopes.  But if you ski during the week, like I do, you’ll often find yourself riding the chair alone.  And that does not equal soaring profits.

For smaller areas that are geared towards locals and families, it can be downright hard to make enough to keep things going.  Powderhorn Ski Resort is the only ski resort for powder hounds residing in the Grand Junction area.  But the Weather Gods did not smile kindly last year on the Grand Mesa resort, forcing them to close during the week to try and preserve its meager base.

It’s hard for these smaller areas to compete with the larger ski resorts that are part of big corporations.  Big companies have the means to tough out the dryer winters, and the capital to keep up with each other by continually improving operations.  Smaller areas that are run independently struggle to keep up and have to creatively market to keep their customer base.

When you consider the economics, it’s easy to understand how all these ski areas failed.  And yet, ask people who skied them as children, and they will regale you with fond memories.  A friend of mine, Jon, frequented Berthoud Pass Ski Area.  “The snow was great, and we had a regular group of us that skied there almost every weekend!” he says enthusiastically.  Other smaller resorts specialize in teaching kids on gentler terrain with fewer crowds.

If you’d like to learn more, you can see the documentary at a few locations on the Front Range.  It will premiere at the Oriental Theater in Denver on October 22.  Neptune Mountaineering will feature a showing of it on November 1, in tandem with a talk by OpenSnow’s Joel Gratz.