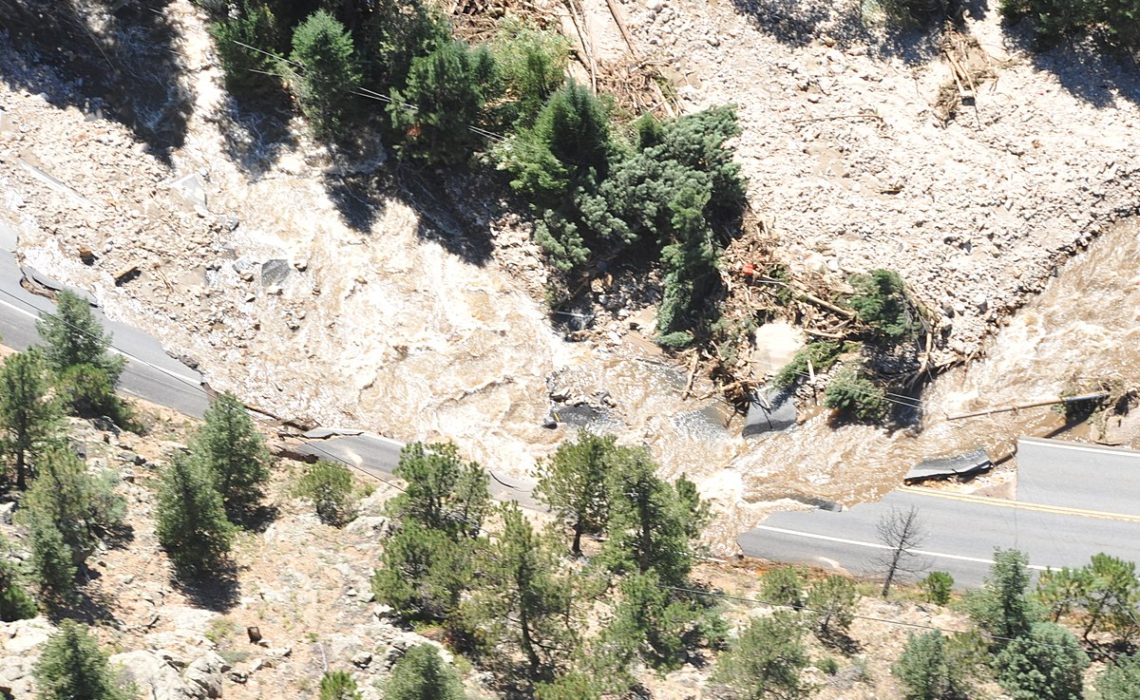 “Are you ok?  Did the dam break?” said the text from my father-in-law.  Why would he think the dam had broken.

The rain was pouring down outside the window, but it didn’t seem too bad.  What in the heck was going on?

We turned on the TV to the local news.  Joe Pelle, the sheriff of Boulder County spoke in front a slew of television cameras.

“The situation is very dangerous.  If you aren’t in imminent danger, we are asking everyone to stay home and stay off the roads.”  That is when I knew this would be no ordinary day.

At some point, over 100 roads were closed in Boulder County.  And so began the long odyssey of the Great Flood of 2013.

It all started out so innocently.  The Weather Service issued a forecast of 2-3 inches of rain just a couple of days prior.  Rain seemed like a good thing during mid-September.  September can be one of the driest months of the years along the Front Range, averaging between 1-2 inches of precipitation for the entire month.

Honestly, a forecast of rain made me happy.  Rain would lessen the fire danger and cool things down.

The first sign of any trouble came the night before when Brian called.

“I’m leaving Boulder to come home.  It is raining really hard, so hard I can barely see.  I’ll see you in a bit.”

“Well, be careful — you know the canyon can sometimes flood.  Love you.”

That would be the last trip either of us would make up Boulder Canyon for more than a month.

As luck would turn out, my parents were flying in the very next day.  What a time to come for a visit.  With almost every single canyon road closed, they didn’t even know how to get to our house.  We had procrastinated and had waited to go to grocery shopping.  Now just a simple errand would take much, much longer.

With Highway 119 to Blackhawk the only route open into and out of Nederland, we drove all the way to a local Safeway in Golden. We agreed to meet my parents in town at one of the local coffee houses.  It seemed odd to be sitting there sipping coffee with all the chaos going on.   During that weekend, the rain would continue to fall, eventually totalling up to 20 inches of rain in some parts of Boulder.

What I remember most is the kinship it built up with my neighbors, and my fellow Nederlanders.  Estes Park coined an expression, Mountain Strong.  It made clear the huge cultural divide between the mountain communities and those living on the plains.

Within days, most things were back to normal for people living in Denver.  But our new normal was driving a dirt road through an old gold mining town each morning and evening.  I bet Gold Hill saw more people in that month than they had in years.

The new normal for Jamestown was no longer having a town or a home.  Houses looked as if they had been sliced in half by the water rushing down the hillsides.  It would take years for the little canyon town to gain some semblance of normality.  Lyons became a moat, with only the National Guard being able to pierce its rivery waters to rescue people.

It took months for road to be repaired and years for homes to be rebuilt, parks to open and for people to recover the effects of what officials called a 1000-year rain event.

Contrast that extreme rainfall  with today’s record heat, and it all seems like a watery dream.