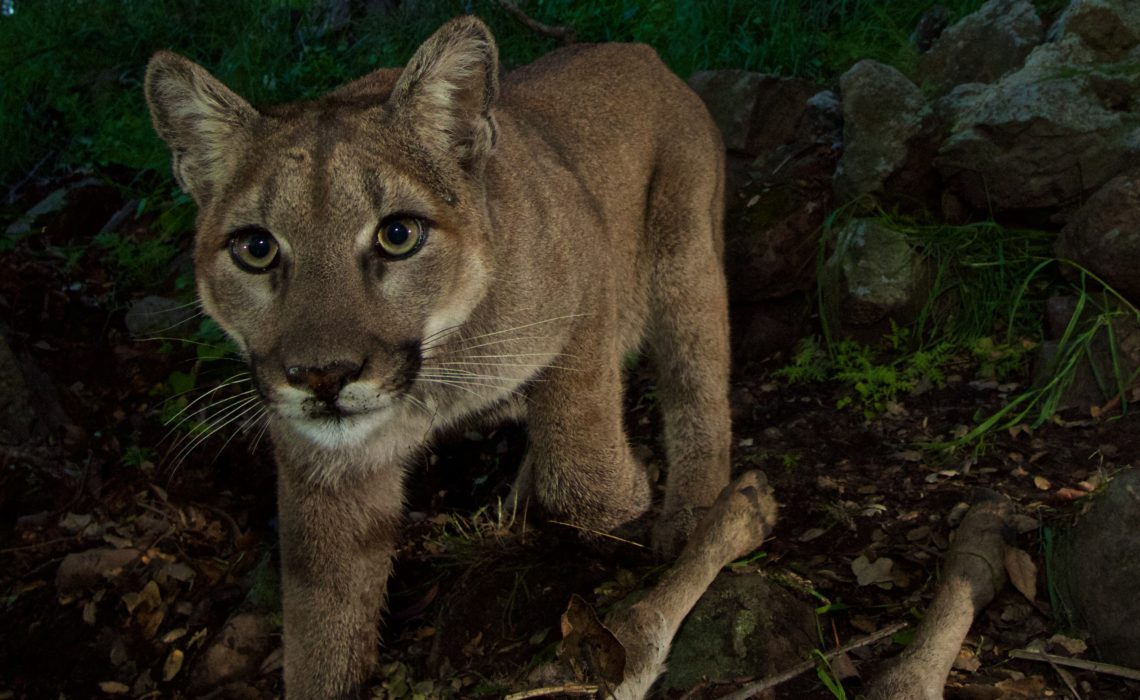 I can’t even imagine how these home owners felt.  My heart surely would have skipped a beat, or two.

A story came out in The Daily Camera, Boulder’s newspaper, last week about a couple who came home  to find a mountain lion in their living room.  Apparently, the wild cat had broken through a window screen of a first level floor window that was left open.  Once inside, he killed their house cat, but couldn’t figure out how to get out and roamed the house until they came home.

Only after the county sheriff and Colorado Parks and Wildlife hazed the cat, did it finally leave the house.  It was also a good lesson to those home owners and other Boulder County residents to not leave  windows open while you are not at home.

This is surely one of the crazier wildlife stories I have ever heard, but it reminds me of the many others I either experienced or heard from friends about.

Many years ago I worked and lived in Sequoia National Park.  As a manager with the concession company, I had an apartment above where the shops were.  To get into the apartment, I went in through a metal door off the side of the building and up one flight of stairs.

Late one night, I heard a terrible ruckus in the stairwell.  At first, I thought it was the people who lived in the other apartment.  Perhaps they were drunk?

But the noise became louder and more violent — like something was slamming against the wall.  As the noise caused vibrations I could feel through the floor, I felt paralyzed with fear, afraid to open my apartment door to see what caused this noise.

Finally, I heard the exterior door slam that accessed the outside of the building.  I looked out my window to see a large black bear below my window.  Unfortunately, the teenage boys who were supposed to lock up the deli had left the trash can out on the patio.

This large black bear had found the mother lode.  He shoveled french fries, bits of hamburger buns, leftover hot dogs, into his mouth as fast as he could.  I called Park Dispatch to notify them of this “problem” bear and ten minutes later the law enforcement rangers and Bear Techs showed up.  Despite their best efforts to drive the bear off, he was having none of it.  They ended up having to use a dart gun to anesthetize him, and then hauled him off to another part of the park.

Perhaps the oddest story I heard recently was the case of the baby bison in Yellowstone.  Two years ago, some tourists saw the baby bison and thought he needed help, that it “looked cold”.  Somehow they didn’t realize he probably had a very large, very angry mother bison nearby.  They loaded the baby bison into the back of their SUV.

Despite the best efforts of park staff to reunite the calf with the herd, the mother rejected it because of the interference by the tourists.  Eventually, it had to be euthanized.

The moral of all these stories is that we can have a tremendous impact on the wildlife around us.  One of the things I feel makes living her so special is the chance to observe wildlife in their natural habitat just a few feet from our house.  But I need to think about that in terms of how I conduct myself, which might mean closing the windows whenever I’m not home, or not leaving garbage outside.

Someone’s life depends upon it.