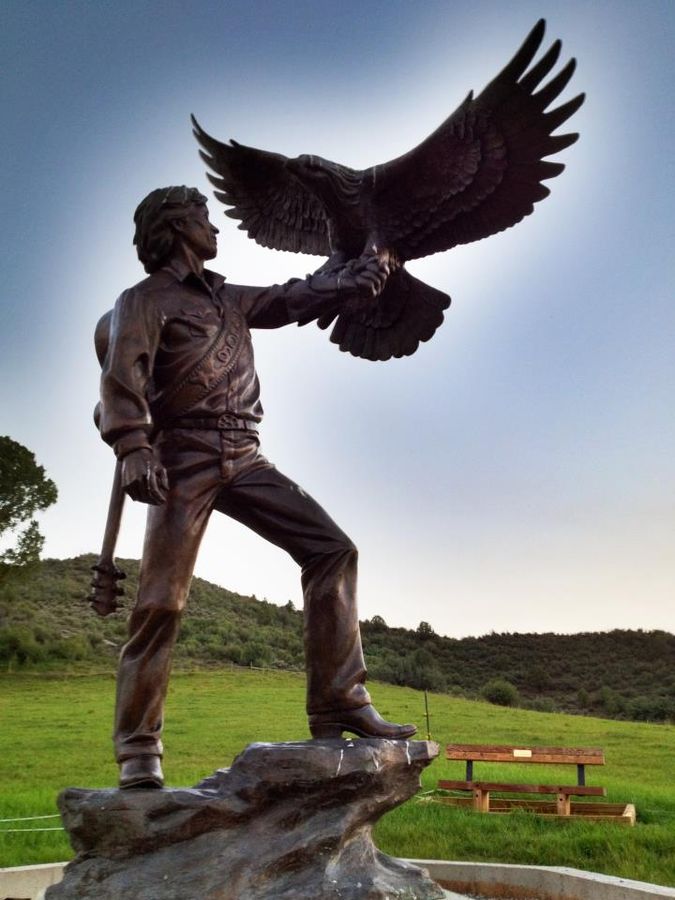 Here’s a trivia question for you.  Who is Henry John Deutschendorf, Jr.?  Not exactly the kind of name you can picture featured on a marquee.  Which is in large part why Henry changed his name upon embarking on a musical career to the more memorable John Denver, naming it after Colorado’s capital city.

I grew up with John Denver.  As a small child growing up in Missouri, I became captivated by songs like “Take Me Home Country Roads”, “Annie’s Song” and yes “Rocky Mountain High”.  They felt comforting, like the kind of songs you could hum along with as you were riding in the car with mom and dad on a Sunday drive.  True confession — I think I had a small crush on the bespectacled country boy with the mop of blonde hair.

I was so enamored that as I learned to play piano, I got my mom to buy me the “John Denver Song Book”, a thickly bound black book of his songs written to be played on the piano.  I would play the tunes, and sing along for hours in my parent’s living room.

Listening to his songs evoked the peace and serenity of nature — who wouldn’t want to witness “the serenity of a clear blue mountain lake”?  They were folksy with the sound of his acoustic guitar that always brought a smile to my face.  Plus, hearing his story of growing up in Oklahoma, but eventually finding his way to a home in Colorado, remind me of my mid western roots as well.

And it was John Denver that reminded me back nine years ago, that Colorado is where my heart lay.  I worked at Capitol Reef National Park for seven months, while my husband worked full-time in Grand Junction, Colorado. With the distance of a 3-hour drive each way, I would spend four nights living in a Park Service apartment, and then come home for the weekend.

I had downloaded several old John Denver tunes to my iTunes, including “Rocky Mountain High”.  Somehow as I headed home on my Friday, I approached the border and the iconic “Welcome to Colorful Colorado” sign, John’s folksy voice came through the speakers.  I couldn’t help but sing along, and felt so happy to be back in Colorado after being down in canyon country.  That song, and those drives back home each weekend got me through what was otherwise a very difficult summer.

I was reminded of all this last night as we attended a tribute concert to John Denver at the Performing Arts Complex.  The Colorado Symphony accompanied little known video clips of John as he sang in venues across the country.  But to make the night even more memorable, three of his original band mates appeared in person playing along with those memorable videos.  The videos also featured John skiing, snowshoeing, hiking around this beautiful state, reminding us that his songs weren’t only about fun, but also about the importance of conserving these precious vistas that we get to enjoy in this amazing place.  And reminding me of just how much he loved recreating in the outdoors of Colorado.

As great as it was to listen and watch the singing of John Denver, I greatly regret not living here as a child and seeing him play at Red Rocks Amphitheatre.  He played Red Rocks several times in the 1970s and 1980s including playing four consecutive nights in 1974.  An elderly gentleman sitting next to me last night described attending a John Denver concert at Red Rocks, and I can only imagine how magical that would have been.

Though John Denver met with an untimely death in 1997, leaving us much too soon, his music lives on reminding us of his talents, and his love of the Rocky Mountains of Colorado.  The Colorado state legislature commemorated John by adopting his song “Rocky Mountain High” as our state song in 2007.