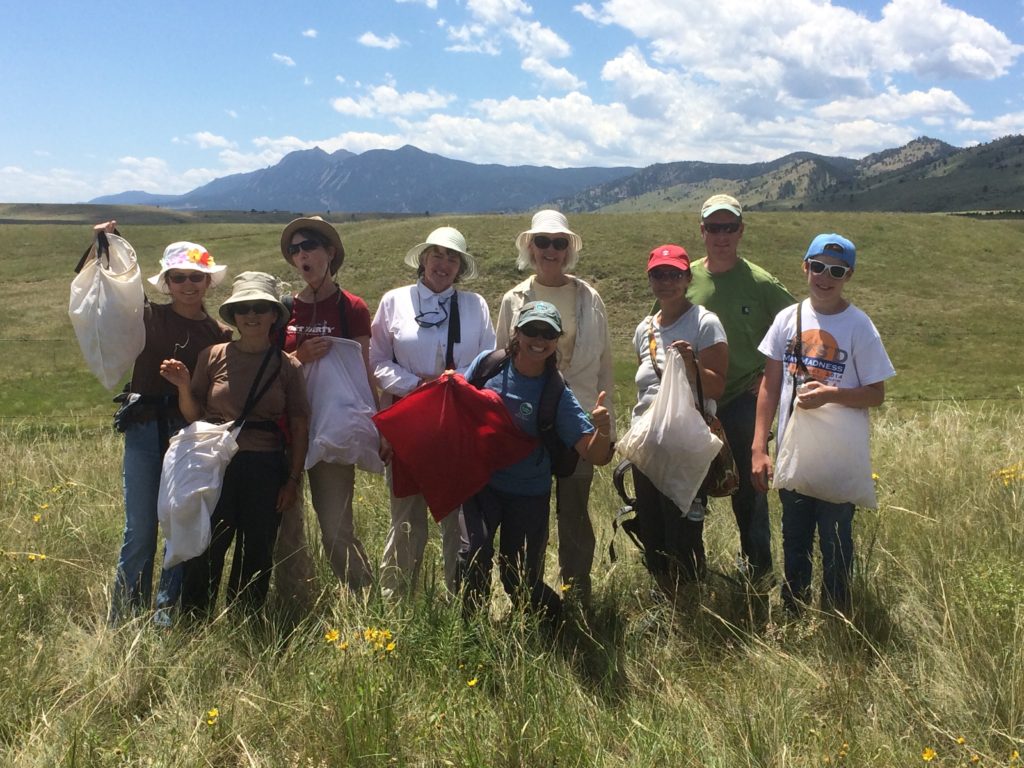 A quote from a friend’s Facebook feed caught my eye this morning:

So I’m at the Subaru dealer, by myself, getting some recall work done on Kelly’s car, and I’ve made an observation. There is a family of three (child is maybe 14) sitting across from me, all using their mobile devices. In the half hour I’ve been sitting here, they have said a total of 12 words to each other.

With Smartphones galore and iPads everywhere, this phenomenon of families and friends being together, but not really engaging together seems ubiquitous.  But who I am to preach?  I’m just as guilty as anyone else, often checking email or Facebook while having dinner with my husband.  It’s hard to detach and unplug.  So what’s the answer?

The answer lies in the woods and mountain peaks right outside my window as I type this.  I work in the parks field, and I was intrigued by a story told by a college professor at an awards ceremony I went to this past summer.

The University of Colorado professor received an award for her continued participation by her students in volunteer projects with the county parks.  Her words inspired me and gave me the answer to the above issue.  She said she felt so grateful for the ability to do outside volunteer work in nature, because it completely changed the dynamic of her class.

Before doing these projects in local forests, trails, and open spaces, her students showed up for class texting and surfing their Smart Phones furiously.  None of the students were speaking to each other, absorbed in their tech devices.

But during the volunteer projects – projects I might add that are in valleys and mountains where there is no cell service, they talk with each other.  As someone who has participated in these work projects, I’ve seen it happen.  During a seed collection project, pockets of people form, in groups of 3-4, chatting as they pluck seed and deposit it in their bags.  The interactions remind me of an old fashioned quilting bee.

The same thing happened during a forestry project of raking duff, and seeding with a major tech company in Boulder.  Colleagues who had worked together for years found out more personal things about their co-workers over the course of three hours than they had in years.  Get outside in wilderness and you engage with each other.

This professor found that after the work projects, her students were suddenly talking with each other, engaging about a variety of projects, collaborating on study groups.  She felt like it was her class that benefittted as much or more than the park benefitted from the half day of work.

No cell signal reaches in the deepest of canyon or at alpine lakes or around 13,000-foot mountains of Colorado.

Want to unplug and reconnect with friends and family in a meaningful way?  Find a forest, lake, mountain or valley to explore.

Better yet, volunteer your family to go build a trail at one of those places.  You’ll be surprised how close you’ll feel after.