Driving the Canyon — sending a message 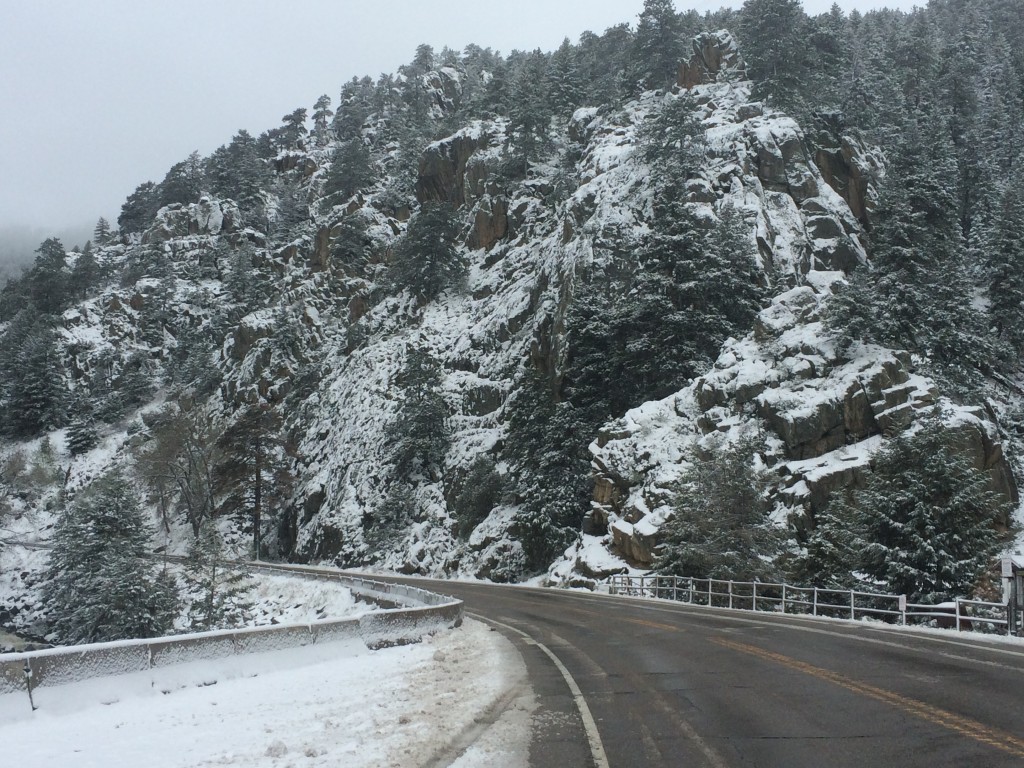 “I admit it,” my friend Kate said sheepishly, “I’m a flasher.”  To hear those words, you might think she was indulging in streaking or other odd pursuits, but in fact, my friend Kate was talking about her daily commute up and down Boulder Canyon.  “Flashing” her high beam lights is one of the many techniques she indulges in, to oh so subtly coax the tourists or slow drivers over into a turn out, so she can get by.

We had some of our neighbors over to our house the other night for a holiday dinner party, and since we are all Nederland residents who regularly drive Boulder Canyon, the conversation quickly turned to this same topic.  When you drive the 17 miles twice a day over 200 hundred days a year, you get to know every curve, every passing zone, every landmark quite well, maybe too well.  Because of this on a road that lists a speed limit of 40 mph, it is not uncommon to have a line of Nederland commuters zipping along at 50 mph or greater every day.

I pity the poor tourist from Texas, Kansas, Iowa, or even southeastern Colorado is out to take a nice leisurely drive to Rocky Mountain National Park or to visit the Indian Peaks Wilderness.  They start up the canyon taking in the beauty of Colorado and its babbling brooks and towering granite walls, only to have a Subaru breathing down their tail lights.  They can’t know there is a turn out lane coming up right before Boulder Fall, and by golly, they better use it, or risk the consequences.

The funniest part of our dinner conversation was with our friend who talked about the need to send a message to these clueless louts who dare to hold him up.  Turns out amongst our friends and neighbors, not only are there more “flashers”, but also the “thumbers” as well.  No low-class flipping of the bird to any of these “turtles”, but instead as they pull along this slowpoke, to shake your head with a look of disappointment, followed by the thumbs down sign.  However, one friend says that’s too good for these people who dare to slow down our drive, rather he prefers to keep his look straight ahead, while showing them the thumb down.

Laughter ensues as we all can relate.  I’ll admit I’ve engaged in a little message sending myself, preferring not to use any hand signals, but instead giving them a glare over at them as if to say, “don’t you know how to use a turn out?”.

As we all know, road rage is alive and well in the big cities of America.  But mountain driving brings about its own personal form of road rage, when tourists clog our road ways.  For those of us who live here, driving curving, winding roads along canyons and cliffs is no big deal.  We often expect everyone else to understand that, and make way for us and when they don’t abide to our mountain driving standards, feel the need “send a message.”  But then again, who would be getting the message if the roles were reversed and we found ourselves in the middle of New York City?