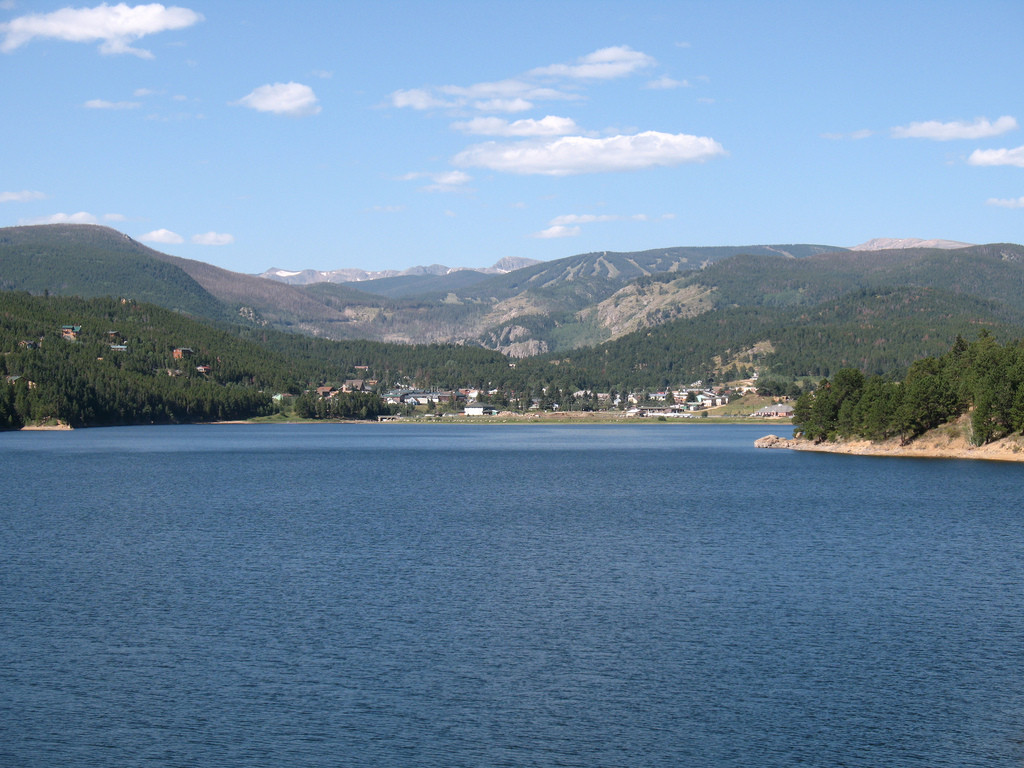 During my 17-year journey with the National Park Service, I made a stop in the Pacific Northwest, living in southwest Oregon for 3 years.  One of my favorite spots to go near my hometown of Grants Pass, was a place along the Rogue River called Rainie Falls.  By Oregon waterfall standards, Rainie Falls wasn’t that impressive, with a drop of about 12 feet or so.  But what attracted me to Rainie Falls was it provided the perfect viewpoint to watch Salmon swimming upstream to spawn each fall.  It was amazing to watch them soar through the air in perfect arcs to jump the falls on their way to their final destination to pass on their DNA to the next generation.

But once I moved to landlocked Colorado, I pretty much never expected to see salmon anywhere locally again.  Trout, yes.  Salmon, no.  But recently, fisherman (and women) have been catching Kokanee salmon by the hundreds out of Nederland’s local reservoir, Barker Reservoir.  Colorado’s Department of Fish and Wildlife released Kokanee Salmon in four key watersheds in the mountains back in 2012 — Barker, Beaver Creek, Clear Creek and Dillon Reservoir.  The landlocked salmon are similar to those in the Pacific Northwest, but smaller in size, approximately 12-18 inches in length.

Apparently, Barker Reservoir is a perfect location for the sockeye salmon who like oxygenated open water that stays cool, never rising to more than 60 degrees in temperature.  They feed on plankton, smaller fish, and insects.  When the Department of Fish and Wildlife stocked them in 2012, they had no idea whether the salmon would spawn, or what kind of success they would have.  The first run occurring in 2014 results in hundreds of fish being harvested.  2015 is now providing similar success drawing anglers from all over the area to take advantage.

So, if you’ve got a hankering for some fresh salmon, and don’t want to go west, you can try your hand up in the mountains of Colorado.  Apparently, all it takes is some tried and true salmon fishing methods at the inlet where the salmon run to spawn.  The limit is 10 fish and some have caught fish as big as six pounds.